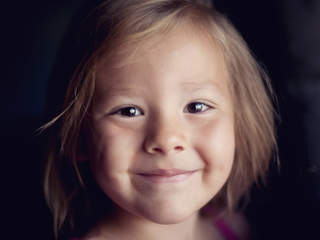 Picture of Coy Mathis, courtesy of the Mathis family and the Transgender Legal Defense and Education Fund

Coy Mathis, a 6 year old transgender student has been denied use of the girls bathroom. Coy, who was born a male, has decided that she will identify with the female gender.

This being a decision that was accepted throughout Eagleside Elementry in Fountain, Colorado. Teachers address Coy as her, she, etc. Coy also has a feminine haircut & style.

Coy's choice to adhere to a female gender has been supported (by the school), so much so that she was at the begining part of her first grade year allowed to use the girls bathroom.

In December the school reviewed and amended its policy, later stating Coy was barred from using the girls bathroom.

Coys parents Kathryn and Jeremy Mathis have since taken Coy out of Eagleside Elementry and have begun homeschooling. They have also taken legal action against the school district and filed a complaint with the Colorado Civil Rights Division.

"They’re creating a giant divide and that’s a huge loss for the school because they have a really good opportunity for their students," Kathryn told Fox 31 KDVR.com. "They’re using it as a way to discriminate instead."

According to the Huffington Post, Coy's parents are now filing a complaint with the Colorado Civil Rights Division.

Fountain-Fort Carson School District 8 attourny W. Kelly Dude says there are no Colorado cases which require public schools to permit transgender students to use restrooms of the gender with which they identify thus far.

Dude added that in ruling that Coy wouldn't be allowed to use the girls' restroom, the school "took into account not only Coy but other students in the building, their parents, and the future impact a boy with male genitals using a girls' bathroom would have as Coy grew older," according to the report.

Kathryn says that Coy made her family aware of her struggles as soon as she was able to talk. "She just kept crying and said she was scared that she was going to grow up and have a beard and a hairy chest and everybody would know she was born a boy,” she told KDVR.