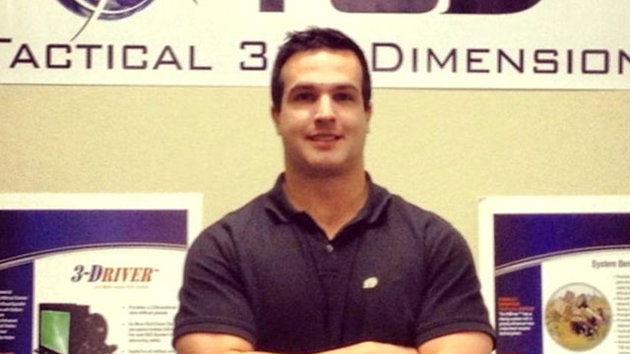 A trip to the dentist for a routine surgical procedure proved fatal for a 25-year old San Diego man. Marek Lapinski was scheduled to have two wisdom teeth extracted at the office of a local dental surgeon, but began to cough and have breathing problems during the procedure.

Family members told the news media that he went into cardiac arrest after being administered Propofol, the same drug involved in the untimely 2009 death of singer Michael Jackson.

Although Lapinski was rushed by ambulance to the nearest medical center, he was pronounced dead, reports FOX News.

Doctors allegedly found a gauze square stuck in his windpipe.

Lapinski's medical records have been reviewed by his sister, who is a registered nurse, and she says that she believes that overmedication contributed to his death after discovering that the dental surgeon prescribed no less than six different sedatives to prepare for wisdom teeth extraction.

“In talking to the nurse at the hospital, from what they told me, he was given way too much anesthesia,” his sister said.

A nurse who worked on Lapinski when he was brought into the hospital emergency room in an attempt to revive him also agrees that he was administrated lethal doses of anesthesia which caused the fatal reaction.

“He had no health issues we were aware of. This was very strange and unexpected,” said Marek’s mother, April Lapinski.

"What's most shocking is the healthy 24-year-old goes in for an operation as routine as having his wisdom teeth removed and dies in the process," Tony Keiser, a friend of the Lapinski family, told ABCNews.com. "It's inconceivable."

An attorney for Dr. Steven Paul, the oral surgeon who administered the Mark Lapinski’s wisdom teeth procedure claimed the victim did not pass away because of medical malpractice.

"Mr. Lapinski's complications occurred despite the fact there were no apparent contraindications for his oral surgery, routine anesthetic medications were being used for the procedure, and immediate measures were undertaken to revive the patient as soon as the patient began to decompensate," he said.

Fox 5 San Diego investigated Dr. Steven Paul and found he is in good standing with the state and has no formal complaints against him.

The Lapinski family says that they intend to sue for wrongful death, but there has been no comment from their attorney or reaction from the dental surgeon's office.

Not the first time

Jenny Olenick, a 17-year-old junior at Marriotts Ridge High School in Woodstock, Md., died in April of 2011 from complications during the outpatient procedure performed on 5 million Americans each year.

"It's so hard," Cathy Garger, Olenick's mother, told ABCNews.com. "She was the only one we had."

"Something should have been done at the first sign of the emergency happening," said Nicole Cunha, a family friend and executive director of the Raven Maria Blanco Foundation -- a non-profit group dedicated to protecting pediatric dental patients. "If they hadn't waited so long, Jenny would still be here."

According to ABC News, Another teen, 14-year-old Ben Ellis of Gilmer County, Ga., was found dead in his bed in 2010 after undergoing wisdom tooth surgery the day before, ABC News affiliate WSBTV reported.