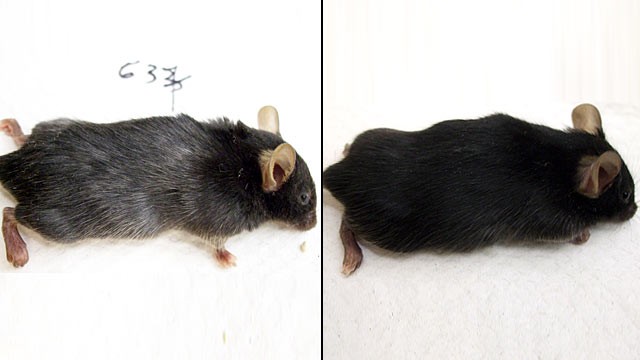 Men and women around the world may soon have a better alternative to grey hair besides the traditional "aging with dignity" approach or dying one's hair to restore youthful color.

This is because scientists have discovered quite literally the "root" cause, reports the Huff Post.

The new research, published in The FASEB Journal, focuses on the root of going gray by narrowing it down to a depletion of an enzyme called catalase that breaks down hydrogen peroxide.

Grey hair begins in people whose bodies deplete an enzyme called catalase responsible for breaking down hydrogen peroxide. In the absence of catalase, hydrogen peroxide builds up in the hair follicles causing oxidation of the hair or graying. The scientist found that adding a pseudo-catalase in topical form allowed the roots to properly breakdown the hydrogen peroxide and grow hair with its natural or youthful color. Scientists conducted the study on a large sample of 2,411 humans.

The original intent of the treatment was to treat Vitiligo which is a condition where melanocytes in the skin fail to function leading to de-coloration of parts of the skin. The treatment they devised worked well in treating Vitiligo and to the surprise of the scientists, patients with gray hair also saw their youthful color return.

However, those looking to buy some catalase-based shampoos and conditioners will have to wait for now.

Gerald Weissman, FASEB Journal editor-in-chief, said the same treatment could be developed to allow "repigmentation" of grey hair – or indeed to stop it going grey in the first place.

"For generations, numerous remedies have been concocted to hide grey hair but now, for the first time, an actual treatment that gets to the root of the problem has been developed."

In the mean time he said the priority was to develop a treatment for vitiligo, that can cause serious social problems for patients.

"While this is exciting news, what's even more exciting is that this also works for vitiligo," he said.

"This condition, while technically cosmetic, can have serious socio-emotional effects of people.

"Developing an effective treatment for this condition has the potential to radically improve many people's lives."

Professor Karin Schallreuter, the lead author and specialist in vitiligo, also said the important thing is to develop treatments for vitiligo.

"To date, it is beyond any doubt that the sudden loss of the inherited skin and localised hair colour can affect those individuals in many fundamental ways," she said.

"The improvement of quality of life after total and even partial successful repigmentation has been documented."

There's no word on when and in what form the treatment will be released to the public.