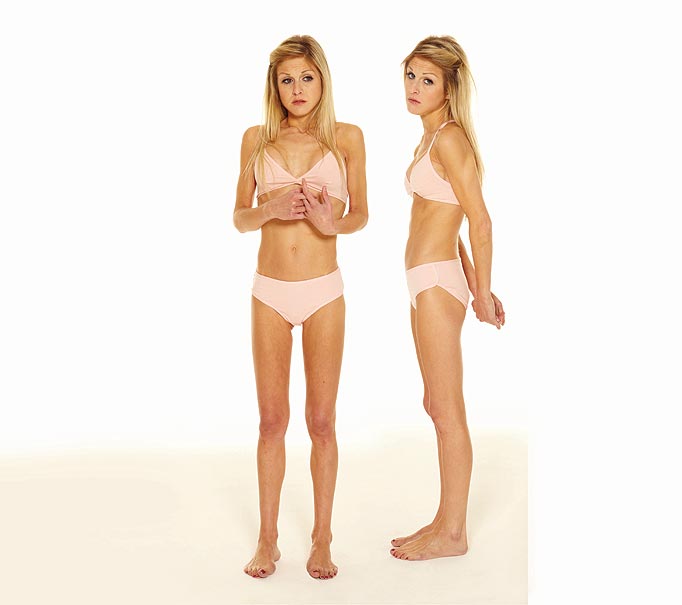 31-year-old blonde haired blue eyed reality TV actress Nikki Grahame reveals that in 2012, her father had her "sectioned" (committed to a mental institution). Grahame was notorious for her temper tantrums in season 7 of the show in 2006. She notoriously made her debut in the show sporting a Playboy bunny costume. However, her diva-like behavior paid off with her getting her own reality TV show "Princess Nikki".

Now, she reveals that there has been a dark side to her good looks and charm. Grahame has a history of behavioral issues largely stemming from anorexia nervosa (PHOTO) which has had her placed in mental hospitals during her adolescence. However, she avoided such treatment as an adult until last year.

Her father undertook the steps to get her sectioned due to concerns over her health following an extreme diet of 1,200 calories a day. At her age, she needs to be eating 2,000 calories. She also attempted suicide by ingesting sleeping tablets which had her unconscious for roughly 72-hours.

After family was unable to reach her by phone, her father did what he had to get her the help she needed. Thankfully, Grahame has people around her who were watching her back.

Nikki told Heat magazine in 2011: “I feel like a failure. I've written my book and said that I've beaten this illness but now it's completely controlling me.

“I have to know where and when I'll be eating two days in advance so I can prepare myself mentally. It just completely controls everything."

She blames an op to remove a bunion for sparking her relapse after the thought of not being able to exercise made her “panic”.

She added: “Then, as soon as I could, I started exercising to a ridiculous degree — but without increasing the food.

“I have this phobia of having more than 400 calories at any one time. I can't allow myself to sleep if I feel I haven't done enough exercise.”

In 2008 Nikki described the horror of her suffering in her book Dying to Be Thin in which she revealed she had to be fed through a tube for two years and weighed only 3st at the age of 13.

For confidential support call the Samaritans in the UK on 08457 90 90 90, visit a local Samaritans branch or visit www.samaritans.org

Canadians can visit this page to find local hotlines.

Jennifer Lopez: “I Was Once Homeless”

This won’t hurt: robot helps kids who are petrified of injections