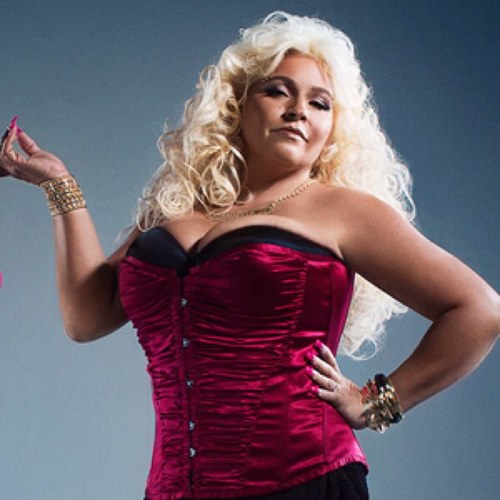 Beth Chapman, fifth wife of Duane "Dog the Bounty Hunter" Chapman, will soon be turning herself in to a Colorado Court to accept a misdemeanor summons in connection with a harassment charge. The charge stems from an incident when Beth, her husband, and children were enjoying family time fishing on a local lake. A carload of teens or young adults zoomed past them apparently making enough of a presence to spark Chapman's temper.

She took to name calling the teen girl with insults such as whore, slut, and tramp. While the girl may need a defensive driving course and a lecture on common courtesy, it appear obvious that nothing in her driving would prove that she was lascivious so as to add credence to the insults.

In Colorado, it is against the law to use threatening words to harass, provoke, or taunt another person.

Chapman was the one who involved police by calling 911, citing one of the car's occupants who carried a gun which she said was waved at her. She then departed and the investigating officer took a statement from the teen girl and cited Chapman for her verbal tirade. Her failure to retrieve the summons resulted in the warrant being issued for her arrest.