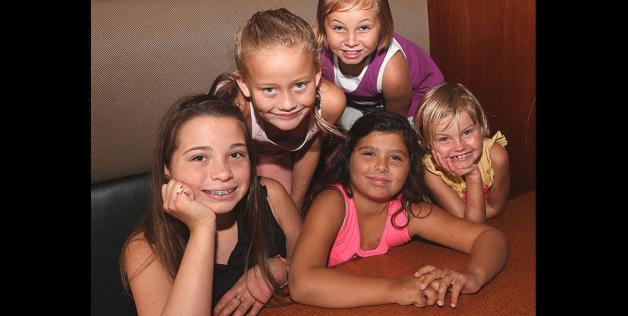 Fruit is supposed to be healthy for you, but that didn't turn out to the case for two girls in California. They wound up having to be hospitalized after receiving second-degree burns from playing with limes that they picked from the tree in a neighbor's yard.

Nine year old Jazmine Ellwanger and her sister, 12-year old Jewels, were admitted to the emergency room in Hanford, CA, suffering from second degree burns and blisters. Doctors were stumped at first, thinking it was merely a severe case of sunburn after the girls and three of their friends enjoyed an impromptu pool party.

After some research on the effects of acidic fruit juices and ultraviolet light, it was determined that the girls were suffering from phytophotodermatitis, which is caused when bare skin reacts to a substance just as lime juice in the presence of ultraviolet light.

The girls' mother Stephanie says she feels very badly that she didn't know it was not safe for the youngsters to break open the fresh limes they found and begin splashing the juice inside all over themselves. Not only did the youngsters have to stay in the hospital for 14 days, they must avoid sunlight for at least several months.

farmer uses wolf to watch over sheep In Poland