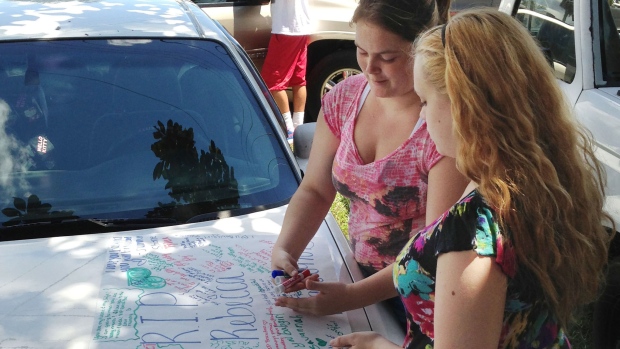 Investigators from the sheriff's office in Polk County Florida say they are investigating whether or not they can file criminal charges against a group of individuals who taunted and bullied a local 12-year old girl who committed suicide last week as a result.

Rebecca Anne Sedwick became so despondent as a result of the cyber-bullying that she went to a nearby cement processing plant in nearby Lakeland and jumped to her death. Police say that more than a dozen girls were involved in bullying her online, leaving her such messages as "why are you still alive?" and "go kill yourself."

According to Yahoo News, at one point, the mother had pulled her daughter out of school and transferred her to another, closed down the girl's Facebook page and took away her cellphone.

The state of Florida has a new law in place which covers incidents of cyber-bullying in which one individual or a group use online social media in order to terrorize another individual. The group of girls who participated in posting the hate-filled messages may be charged with cyber stalking and possibly other hate crimes which are illegal.

Sedwick confided to another online friend, a boy in North Carolina, that she could not withstand the taunting comments anymore and planned to commit suicide. The sheriff warned anyone considering using social media to stalk other people that they may find themselves charged with a felony.

According to Bullying Statistics, over half of adolescents and teens have been bullied online, and about the same number have engaged in cyber bullying.