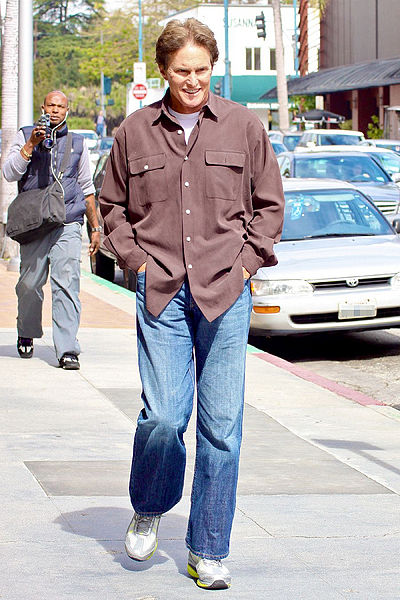 Bruce Jenner, the Olympic athlete turned motivational speaker who is patriarch of the "Keeping Up with the Kardashians" reality series, reportedly has undergone surgery for skin cancer.

The 63 year old Jenner had surgery on his nose which required 30 stitches in order to remove cancerous skin cells, reports the Huff Post.

He was seen in Los Angeles this week with his nose covered in surgical bandages. According to Jenner's physicians, the cancer was most likely caused by overexposure to the sun, since Jenner spends most of his time outdoors in California pursuing such activities as golf and tennis.

This was not the first incidence of facial cancer for the Olympic gold medal winner. A year ago, Jenner appeared to have a small scar on his right cheek that was a result from surgery to remove a cancerous growth that took place at the start of 2012.

Initially, neither Jenner nor a spokesperson for the family's popular reality television series would confirm or deny his recent medical condition.

In a past episode of Keeping Up With The Kardashians, he admitted to having surgery in his mid-thirties.

He once said in an episode of the show: 'If you Google my name, the worst plastic surgeries of all time, or whatever it is... They’ve compared me to Michael Jackson.'

A Jenner family source tells us that Jenner is "recovering [and] his prognosis is excellent."

Finally, Jenner released a statement confirming that he suffers from basal cell carcinoma and did in fact undergo a procedure known as Mohs surgery in order to eliminate the problem. He also thanked fans for their messages of support.

Jenner himself added, "I was diagnosed with a form of melanoma called basal cell carcinoma and have undergone Mohs surgery to remove it. I have been struggling with this for several years and appreciate all of the support and prayers while I continue to fight the battle against skin cancer."

According to cancer.ca, an estimated 187,600 new cases of cancer and 75,500 deaths from cancer will occur in Canada in 2013. (The number of estimated new cases does not include 81,700 new non-melanoma skin cancer cases.)

In The United States, skin cancer is the most common form of cancer with more that 3.5 millino Americans with the disease. Ther are more than two million new cases annually. Reality Star Recovering After Skin Cancer Surgery: before and after pics are shocking[/caption]

Bruce Jenner Had Surgery For Skin Cancer On His Nose Earlier This Week (REPORT)
http://www.huffingtonpost.com/2013/09/20/bruce-jenner-skin-cancer_n_3960621.html?flv=1