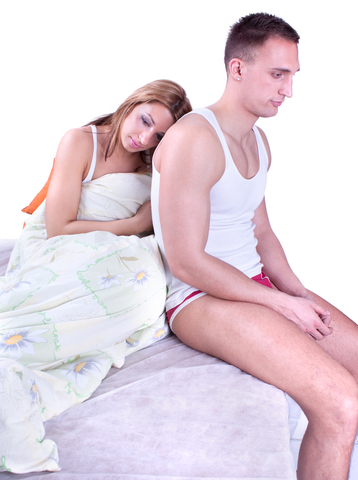 For the millions of men all across the world who suffer from premature ejaculation, help may soon be on the way. Promescent, A new medicated spray which is due to be approved by the FDA, promises to help alleviate this debilitating condition.

Developers behind the successful erectile dysfunction drug also known as Viagra, have been working on a solution for those who suffer from habitual premature ejaculation. As many as twenty five percent of men may suffer from premature ejaculation; However, research suggests that these numbers may actually be higher and could be vastly underreported due to shame or embarrassment.

Promescent was invented in 2009 by Ronald F. Gilbert, former chief of the Department of Urology at Hoag Hospital and assistant clinical professor of urology at UCI Medical School.

Promescent works by delivering a slight anesthetic to the exterior of the penis, reducing sensation and friction levels during the initial stages of sexual intercourse. This medication can be applied up to several hours before sexual contact, and a single bottle is said to be sufficient for five months of use.

Promescent is expected to become widely available by prescription in the spring of 2014. Promiscent: New Premature Ejaculation Drug Set to Launch in Early 2014[/caption]
The spray bottle, which you can see above, supposedly gives a "metered-dose pump," and the website give detailed instructions on how to use

1. Start with 3 sprays on shaft & glans (many men achieve the desired ejaculatory control with 1-2 sprays)

2. Rub spray lotion into the skin of the penis until it is completely absorbed.

4. Can consider wiping the penis with a damp towel if oral sex is anticipated.

5. Adjust dosage, up to a maximum of 10 sprays, to achieve desired results.

Promescent is available in Canada via the Promescent website.