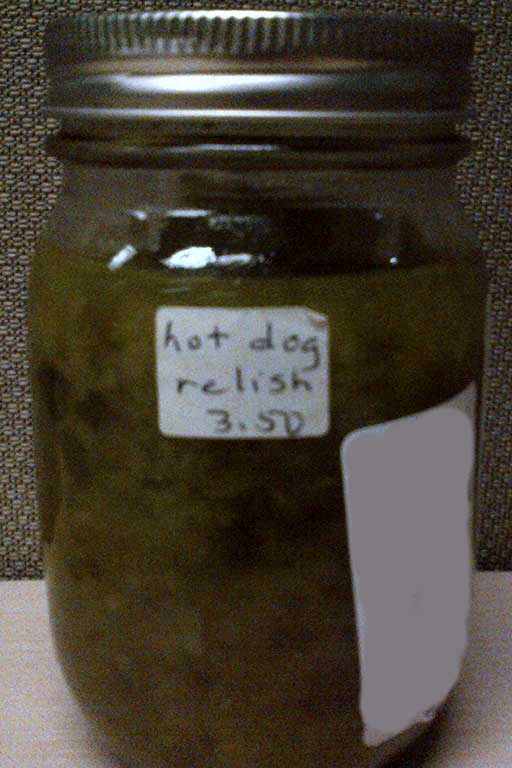 The Canadian Food Inspection Agency (CFIA) issued a recall of the brand of relish known as "Orange Blossom Farm" over fears of a possible botulism contamination. The jars at risk are the 500 ml (~17 oz) size of the popular hotdog relish. The recalled product is believed to have been sold at St. Jacob's Farmers Market in the province of Ontario.

As per the CFIA's guideline, those customers having the recalled product in their possession should immediately discard it owing to the severe food poisoning may induce. Symptoms of this form of botulism include abdominal distension, trouble breathing & swallowing, dizziness, double-vision, impaired speech, muscle weakness and general fatigue, and constipation.

The symptoms of this food poisoning may take as little as six hours to manifest, but usually occur within 18 to 24 hours. In some instances, the symptoms do not occur until ten days later. Those who get infected may suffer respiratory failure if left untreated which proves fatal in one in ten people. As for recovery, it may take months before a person has fully recovered. Owing the severity of the food poisoning, it is probably a good idea to not only seek out medical help, but a damn good lawyer as well.

here's the press release from the CFIA:

Ottawa, November 4, 2013 - Orange Blossom Farm is recalling Hot Dog Relish from the marketplace because it may permit the growth of Clostridium botulinum. Consumers should not consume the recalled product described below.

What you should do

Food contaminated with Clostridium botulinum toxin may not look or smell spoiled but can still make you sick. Symptoms can include nausea, vomiting, fatigue, dizziness, blurred or double vision, dry mouth, respiratory failure and paralysis. In severe cases of illness, people may die.

This recall was triggered by the Canadian Food Inspection Agency's (CFIA) inspection activities. The CFIA is conducting a food safety investigation, which may lead to the recall of other products. If other high-risk products are recalled the CFIA will notify the public through updated Food Recall Warnings.

There have been no reported illnesses associated with the consumption of this product.

japanese pickle may cure the flu