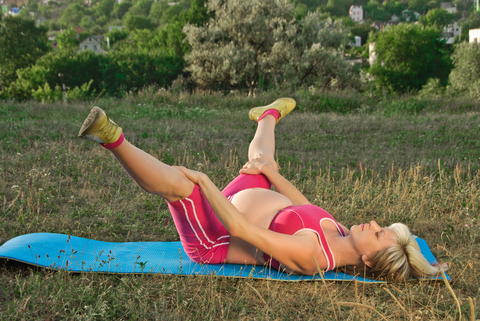 The adage that a person is never too old to learn has been validated in a study by the Center for Brain Health based in Dallas, Texas. According to the study, aerobic exercise can improve a person's memory in as little as six weeks. The findings aren't based on any subjective means of measurement, but rather on brain imaging.

The human brain performs many of its memory functions from a section known as the anterior cingulate region. An increase of blood flow to that region suggests more brain activity of the sort involving memory.

"A relatively rapid health benefit across brain, memory and fitness in sedentary adults soon after starting to exercise, some gains starting as early as six weeks, could motivate adults to start exercising regularly," the study's lead author, Sandra Bond Champman of the Center for BrainHealth in Dallas and her co-authors concluded in Monday's issue of the journal Frontiers in Aging Neuroscience.

Also, an increase in the size of the anterior cingulate region is another indication of memory improvement. Finally, an increase flow of blood during a resting period also indicates improved memory.

All of these conditions were observed in the brains of adults who participated in aerobic activities. In every case the adult in the test had been living a sedentary life. The average age of the volunteers in the study was 64.

The study suggests that this improvement in brain function may occur within six weeks giving adults a new motivation to get off the couch. The researchers also acknowledged that social engagement may also be a factor in improving memory.

The study was funded by the U.S. National Institute of Health, the T. Boone Pickens Foundation, the Lyda Hill Foundation and Dee Wyly Distinguished University Endowment.

Scientist Creates a No Hangover Substitute for Alcohol