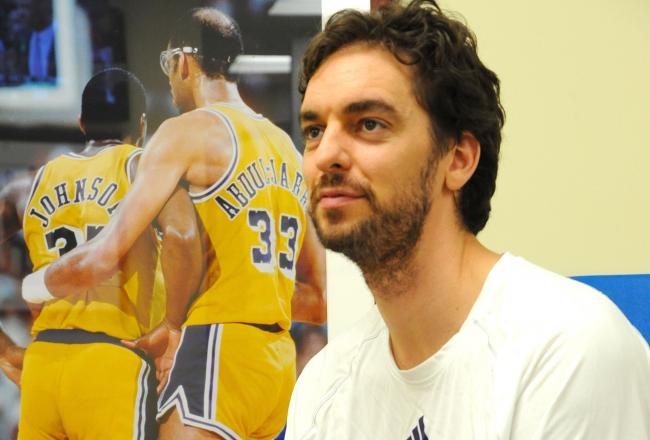 Oklahoma City, OK - As anyone active in sports knows, nothing makes the time pass along quicker than a doing an activity with a buddy. The team approach becomes a self-propelling motivator. Perhaps that's ultimately what NBA star Kobe Bryant is looking for as he continues his weight management regimen following 8-months of inactivity due to a torn Achilles tendon. Bryant was a lean 200 pounds standing at 6'6" tall. However, during his recovery period he picked up an additional 25 pounds of weight. The 35-year-old largely attributes that to the aging process.

His teammate is the Spaniard Paul Gasol who tipped the scales at 275 pounds. The 7" power forward could certainly stand to drop a stone or two. Bryant as much hinted to him that there would be benefits in being "leaner & meaner" as the phrase goes. The team's head coach won't wade into the weight loss swamp.

Bryant said he recently had a “candid” conversation with Gasol about the Lakers center’s recent slump and offered this bit of advice.

“I told him I thought the thing that really helped me out is that I dropped some weight cause I felt like I was carrying around too much,” Bryant said openly before the Lakers hopped on a plane to Oklahoma City. “I told him he should probably measure it himself, and see if that’s something he needs to do as well.”

Coach Mike D'Antoni said Gasol can manage his own body and make his own decisions.

Gasol recently explained that his weight is now down to 259 pounds which gives him the best BMI index of his adult life.

He's been having a good season averaging 14 points a game with 9.5 rebounds and 3 assists.