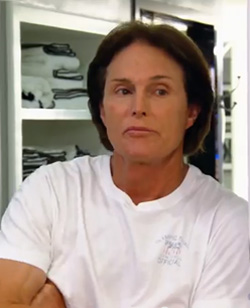 Former Olympic athlete Bruce Jenner is considering a procedure that will reduce the size of his prominent Adam's apple. The stepfather to Kim and Khloe Kardashian met with a plastic surgeon in Beverly Hills on Friday afternoon, but insisted it was only a consultation.

However, sources connected with Jenner say the reality star has canceled the procedure. According to reports, he was upset information about the procedure leaked out and blamed people in the doctor's office. We're told Bruce informed them he was taking his business elsewhere.

Jenner, 64, made the appointment with the doctor because of a scar left by the removal of a cancerous tumor from his nose in September. While discussing the scar, Jenner decided to inquire about the Adam's apple reduction, known as a laryngeal shave.

The shave is generally performed on people who are seeking to change their gender. Jenner told the TMZ website that he is not seeking gender reassignment but just does not like the look of his trachea. TMZ confirmed that Friday's visit was Jenner's second time at the plastic surgeon's office.

Jenner rose to prominence in the 1970s due to his athletic prowness in track and field. He won gold medals for decathalon at the 1975 Pan American Games and the 1976 Olympics. Jenner is also well-known for his appearance on the Wheaties cereal box, which coined the famous phrase "breakfast of champions."

Currently, Jenner stars in Keeping Up with the Kardashians.

Russell Brand Too Much Guantanamo, Banned