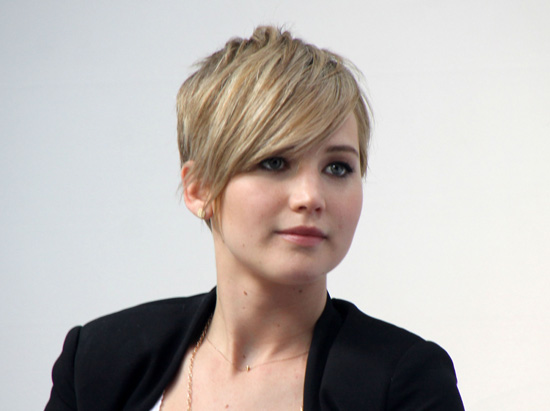 Jennifer Lawrence is one of the biggest stars in Hollywood today. With many successful roles in movies such as The Hunger Games and Silver Linings Playbook, Jennifer is certainly a big topic of conversation in the media these days, and the conversations have not always been kind. Many times, reporters and media outlets have made a big deal about Jennifer Lawrence's weight. There have been instances where the media has been downright mean, calling her fat and criticizing her weight,

Recently, Jennifer Lawrence sat down with Barbara Walters for and interview and the subject of her weight and how she has been portrayed in the media was something Jennifer definitely had an opinion about. Jennifer stated that in Hollywood, she is considered to be a fat actress and that it should be illegal to call anyone fat in the media. Jennifer expressed concern over the impact the media calling her fat and making fun of her would have on young, impressionable girls who might compare their body weight to hers. Jennifer made the point that we regulate other things that can influence young people such as cigarettes and cursing, so why aren't we regulating calling someone fat on a national level.

“I think the media needs to take responsibility for the effect it has on our younger generation, on these girls that are watching these television shows and picking up how to talk and how to be cool,” J-Law says. “So all of a sudden being funny is making fun of a girl that’s wearing an ugly dress.”
From this interview, it is certainly clear to the viewer that this is a subject that Jennifer Lawrence is passionate about. Considering her influence in the media, perhaps she will one day be helpful in making some much needed changes.

On The Web:
Jennifer Lawrence Tells Barbara Walters "It Should Be Illegal to Call Somebody Fat on TV"
http://www.usmagazine.com/celebrity-news/news/jennifer-lawrence-tells-barbara-walters-it-should-be-illegal-call-somebody-fat-on-tv-20131712

tippi hedren gets $1.5 million in damages from bird related accident

Justin Bieber Retiring At 19? Canadian Singers Next Album Will Be His Last