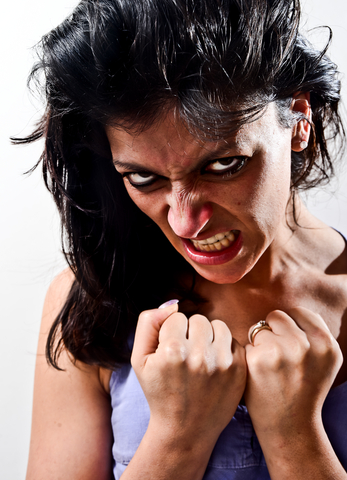 Scientists believe that aspirin may hold the answer for how to manage fits of uncontrollable rage. The drug aspirin is an anti-inflammatory drug and therein lies the key. Recent studies suggest that uncontrollable rage in some people is the result of inflammation. Some people suffer from uncontrollable episodes of anger in what is termed Intermittent Explosive Disorder or IED - no pun intended with the lethal devices used by terrorists in Iraq & Afghanistan.

It has been observed that people with IED have higher levels of proteins linked to inflammation detected in their blood stream. For some sufferers of IED, the protein levels are 200% above that of normal people. IED is considered a mental health issue that may affect as many as 1 in 20 people. It is believed to be at the heart of road rage incidents. People with IED will usually suffer depression and may later develop heart disease, ulcers, arthritis, diabetes, strokes, and headaches.

"These two markers consistently correlate with aggression and impulsivity but not with other psychiatric problems," said lead scientist Professor Emil Coccaro, from the University of Chicago. "We don't yet know if the inflammation triggers aggression or aggressive feelings set off inflammation, but it's a powerful indication that the two are biologically connected, and a damaging combination."

It should be noted that no study has been conducted on people with IED to verify if aspirin is in fact an effective means of managing the disorder. Thus far, the breakthrough has been that inflammation may be linked to IED.

kaelyn krawczyk Allowed To Have Service Dog In Surgery Room