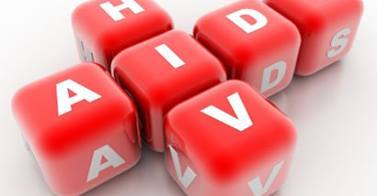 San Francisco, CA - In the recent issue of the journal called Science, researchers from the Gladstone Institute published their preliminary findings that a drug used to treat epilepsy has the ability to block HIV from ruining the body's immune system. The researchers initially developed the theory that the dreaded HIV virus is able to inflict its damage on victims by destroying the CD4 cells which play a critical role in maintaining a healthy immune system. Next, they rationalized that if they could block the virus from damaging those cells, the body's immune system would continue to operate normally.

Lab tests were conducted using an epilepsy drug on HIV-infected human tissues and the tests were successful. In the words of Dr. Greene, one of the researchers, the lab test worked "wonderfully" well. Now, the researchers will move towards getting approval for human trials. It should be noted that the epilepsy drug being used in this research in currently not available to the public.

"Our papers deal with the fundamental issue that causes Aids, and that is the loss of CD4 T cells," said Dr Warner Greene of the Gladstone Institutes, an independent biomedical research non-profit based in San Francisco, whose lab produced the research in both papers.

How does the drug work? The drug inhibits the production of an enzyme which just so happens to be the one which researchers determined plays a role in allowing the HIV virus to infiltrate CD4 cells and use them to either produce more of the HIV virus or slowing kill themselves off.

"The cell is committing suicide in a vain attempt to protect the host," Greene said. "The abortive process releases a call for help from new CD4 cells, who then fall victim to this fiery death."

Related Topics:Experimental drug blocks HIV in lab
Up Next

half of all supermarket raw chicken has superbug