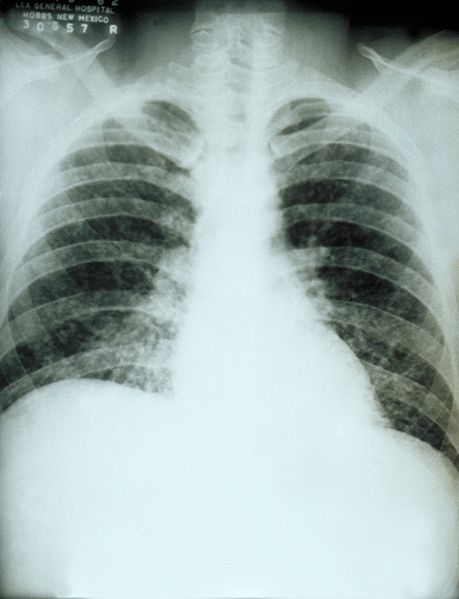 Bat Guano Responsible for Lung Infection at Toronto House[/caption]Toronto, Canada - The recent issue of the morbidity and mortality report published Thursday by the United States' Centers for Disease Control (CDC) chronicled an incident of lung infection stemming from a renovation project in Toronto this past May. The project involved removing the exterior brick facade of a home which unwittingly released fungal bacteria into the air causing histoplasmosis or "Cave disease". Histoplasmosis can be fatal if not treated by physicians.

The fungus for this disease is present in bat excrement or guano. Apparently, years of bat infestations left a sufficiently large buildup of the bacteria which workers stirred accidentally released. As soon as the first two workers affected with the symptoms of histoplasmosis arrived at the hospital, the physician on duty drew a connection to their work project and notified the CDC.

It is believed that clouds of histoplasmosis spores were released into the air as the brick exterior was removed which could easily affect anyone breathing them in close proximity. Is it is estimated that as many as 30 people were exposed to the spores. In all, 14 people were treated for the lung infection. Symptoms include labored breathing, coughing, high fevers, and chest pain.

"We had a declaration from a family doctor who had seen two cases, and he was astute enough to realize that something was probably going on at (their) work," said Dr. Jean-Luc Grenier, a medical consultant at the Laurentians Public Health Department and a co-author of the CDC report.

In rare cases, histoplasmosis can be fatal, even with antifungal therapy.

"It depends on the dose you get into your lungs and your immune system," Grenier said. "If, for instance, a neighbour had been an old man with immunosuppression, he could get the disease and die."

On The Web:
Lung infection outbreak tied to bat droppings stirred up in house reno
http://www.calgaryherald.com/news/calgary/Lung+infection+outbreak+tied+droppings+stirred+house+reno/9346313/story.html

Canadian Man Fell Off Ship: Second Canadian In A Week To Go Overboard