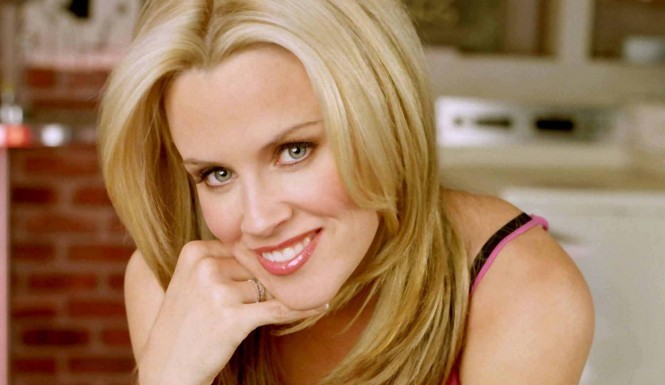 Jenny McCarthy, the co-host of the popular daytime show "The View", has spoken out against reports that her 11-year-old son Evan is not autistic.

For those bloggers wanting to check out the accuracy of her assertion regarding her son's autism, she provided the authoritative diagnoses as coming from the Autism Evaluation Clinic at the UCLA Neuropsychiatric Hospital with a confirmation from the Regional Center of the State of California. Well, that should silence any critics.

In a stunning article in Time magazine, it’s alleged that McCarthy’s son NEVER had autism in the first place. It turns out the boy had been misdiagnosed and really has a rare neurological disorder. Fortunately, the child is getting better and no longer displays any signs of autism.

Using her exposure on The View, McCarthy slammed the rumors that he son doesn't have autism.

"Stories circulating online, claiming that I said my son Evan may not have autism after all, are blatantly inaccurate and completely ridiculous," McCarthy tweeted on Jan. 3. "Evan was diagnosed with autism by the Autism Evaluation Clinic at the UCLA Neuropsychiatric Hospital and was confirmed by the State of California (through their Regional Center). The implication that I have changed my position, that my child was not initially diagnosed with autism (and instead may suffer from Landau-Kleffner Syndrome), is both irresponsible and inaccurate."

She continued: "These stories cite a 'new' Time Magazine interview with me, which was actually published in 2010, that never contained any such statements by me. Continued misrepresentations, such as these, only serve to open wounds of the many families who are courageously dealing with this disorder. Please know that I am taking every legal measure necessary to set this straight."

Evan is her only child from her marriage to actor John Mallory Asher whom she divorced in 2005. McCarthy went on to have a five year relationship with actor Jim Carey which ended in 2010. She went on to say that the rumors were attributed to a 2010 Time Magazine interview in which she reportedly disavowed his autism diagnosis. The trouble is she made no such reference in the interview.

At this time, the 41-year-old beauty is dating actor Donnie Wahlberg and based on the looks of her prior beaus, she is not focused too heavily on external beauty, but rather inner qualities. McCarthy is very pleased with how Wahlberg gets along with her son referring to their relationship as "awesome". Wahlberg stars on the popular CBS police drama "Blue Bloods".

On The Web:
Jenny McCarthy Slams Rumor That Her 11-Year-Old Son Evan Doesn't Have Autism
http://www.usmagazine.com/celebrity-news/news/jenny-mccarthy-slams-rumor-that-her-11-year-old-son-evan-doesnt-have-autism-201441