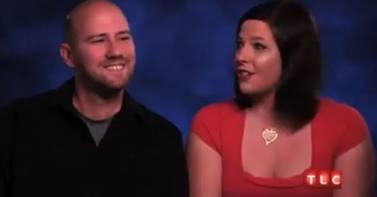 Seattle, Washington - A lengthy climax is the objective of many women in their intimate relationships, but for one Seattle woman it led to a trip to the hospital emergency room. Liz had just begun to experience that wonderful release of endorphins known as climax or orgasm as her lover Eric withdrew from the bed. However, her high did not diminish. It continued.

She explained that after one hour she starting experiencing general panic about her state of health, but by the second hour she was in need of medical attention. She was rushed to the hospital where the staff believed she was going to deliver a baby. It isn't clear if the staff were able to do anything to abate the enduring orgasm, but it finally ended after three hours.

"I started to drink wine to see if that would calm down my system. I tried just about every possible thing I could do to stop having an orgasm," Liz said.

Her experience was the subject of a TLC documentary entitled "Sex Sent Me to the ER". Liz, who does not disclose her last name, attempted a number of things to abate the sexual ache which included imbibing wine, jumping and hopping. However, it was to no avail. Their saga wasn't the only story covered in the documentary, but it was certainly the most phenomenal one.

On The Web:
Woman who had three-hour orgasm leaves doctors mystified after she was rushed to emergency room
http://www.dailymail.co.uk/news/article-2534007/Woman-rushed-hospital-painful-THREE-HOUR-orgasm.html