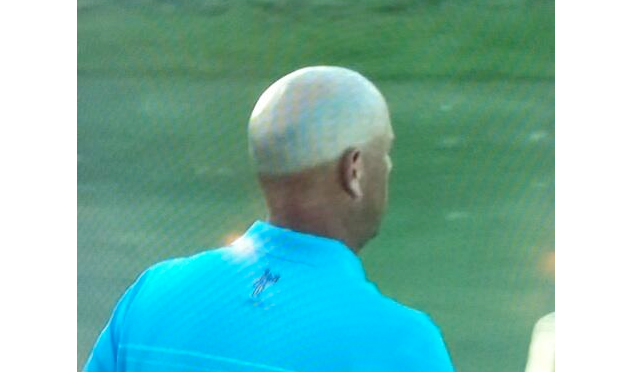 The issue of a receding hair line for a forty year old man will normally not make the news. Likewise, when people visit a beach resort area like Hawaii it is not unusual to see a tan line here and there. Put the two together for pro golfer Stewart Clink and you suddenly have a story.

Stewart Clink is a forty year old golf pro who has had his share of success. He won the 2009 Open Championship and has spent his share of time at the top of the ranks on pro golfers. However, it was not his golfing prowess that got him noticed following a recent round at the Sony Open in Hawaii.

As is customary, after completing the round he took off his hat to be polite as he shook hands with his playing partners thereby revealing a very pronounced tan line around his entire head. He already had a very pronounced receding hair line, this was compounded by his shaving his head at some point prior to the tournament. Put all freshly shaved skin under a hat, play in the tropical sun all day and voila you get a funky tan line.

The over abundance of pale skin did not affect his play, he shot well enough to make the cut.

Jameis Winston selfie: QB Tweets Too Much Information on His Bowel Health