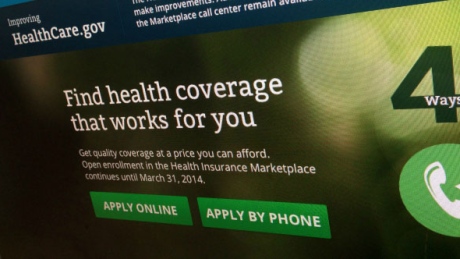 Accenture New Lead Contractor for Obamacare Website After Canadian CGI Blamed For Problems[/caption]Canadian-based CGI Federal has apparently taken the fall for the shortcomings of the Obamacare website which is the face of the President Obama's signature achievement. They have now been replaced as the lead contractor in favor of Irish multi-national corporation Accenture. Accenture has offices in Chicago, Illinois, which is the president's home.

"As CMS moves forward in our efforts to help consumers access quality, affordable health coverage, we have selected Accenture to become the lead contractor for the HealthCare.gov portal and to prepare for next year's open enrolment period," the agency said in a statement

CGI Federal has signed a one year contract to handle the initial 2013 enrollment season with the federal government worth $90 million. At the time, there was no reason to think it wouldn't be renewed, but the US government has confirmed that the contract will not be renewed when it expires on February 28.

CEO David Moskovitz said that Accenture will bring their in-depth knowledge and vast experience to the health care website.

It is no doubt the same thing CGI Federal said when it initially won the contract. When the website failed to operate back in October, President Obama was quick to deflect any blame from himself and turned the attention on the methods the federal government uses to award technology contracts. Accenture has a big task ahead of them. They'll have only one month to operate the website by the time they take over and the government expects there to be a surge of sign-ups ahead of March 31 deadline.