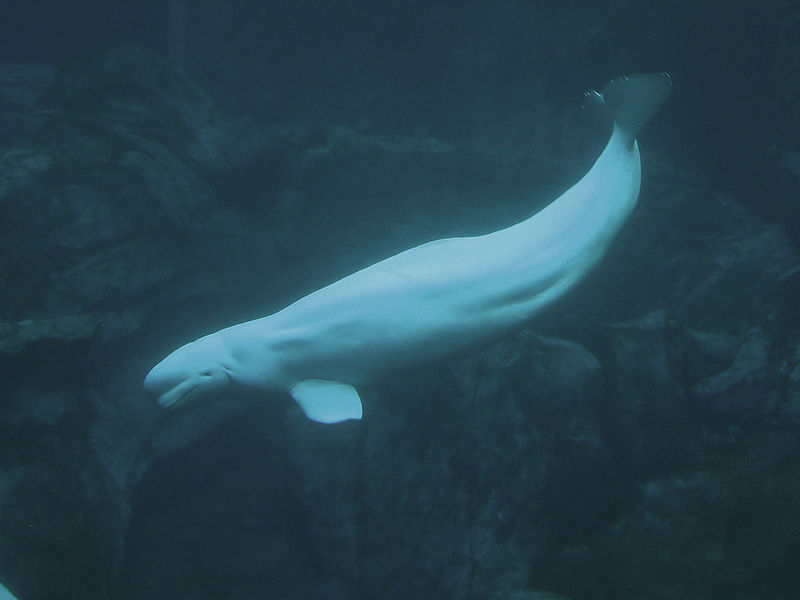 A health advisory has been issued regarding eating the flesh of Beluga Whales after scientists found some of the mammals have tested positive for Toxoplasma gondii. The bacterial parasite is often found on cats and can induce blindness in humans. The health advisory is particular relevant to the Inuits who eat the belugas as part of their diet. Infected epithelial cells eventually rupture and release oocysts into the intestinal lumen, whereupon they are shed in the cat's feces.[16] Oocysts can then spread to soil, water, food, or anything potentially contaminated with the feces. Highly resilient, oocysts can survive and remain infective for many months in cold and dry climates.[17]
Ingestion of oocysts by humans or other warm-blooded animals is one of the common routes of infection Humans can be exposed to oocysts by, for example, consuming unwashed vegetables or contaminated water, or by handling the feces (litter) of an infected cat.
Although cats can also be infected by ingesting oocysts, they are much less sensitive to oocyst infection than are intermediate hosts.[/caption]
Scientists point out that the presence of the bacteria on whales is a result of global warming, which is allowing the spread of microorganisms previously prohibited by colder extremes. That assessment was further bolstered by Michael Grigg, a molecular parasitologist, who explained that the cold acts as a firewall of sorts against the spread of certain pathogens. He went on to explain to the BBC that as a result of global warming, he and others in his profession are seeing the emergence of more pathogens in the environment.

"This is now emerging in the Arctic and there's not much we can do about that. This is the new normal," said Grigg.

However, none of this can accurately account for how kitty bacteria made its way into the Beluga population. While it fits a narrative of global warming being the cause and capitalism by extension as the root cause, scientists are less than exact on the forensic side of the bacteria infection.

"The Inuit's traditional processing and cooking methods should be enough to kill Toxoplasma but vulnerable populations such as pregnant women need to be extra vigilant around handling and consuming raw whalemeat," said Grigg.

They do believe that as the cat population has increased, there is more of a chance of feline fecal matter getting into the ocean water.