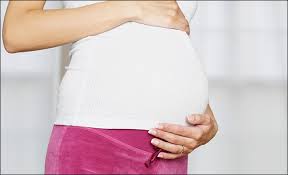 An area near Yakima, Washington encompassing three different counties is experiencing a rash of severe birth defects whose cause has stumped local authorities and medical experts. An increasing number of women there are delivering babies experiencing anencephaly, a medical condition in which the fetus develops without full formation of the skull or brain tissue. There have been at least 24 cases of anencephaly since 2011, which is quadruple the rate of this happening in the general population. But neither state or federal officials has interviewed any of the affected mothers or issued any health alerts about this cluster of birth defects with unknown origins.

"The interesting thing with this study is that they looked at different factors, and women's histories, and obesity, and at medical history and couldn't find anything that stood out. Could it be a fluke? We don't know. It could take time to uncover some sort of [unusual] exposure." Said Dr. Joanne Stone, director of Maternal Fetal Medicine at Mount Sinai Medical Center in New York.

Officials at the Center for Disease Control are defending their decision to say nothing to area mothers, saying that it is likely that the cluster of birth defects which has been taking place in Washington State may be nothing more than a coincidence. In addition to anencephaly, several infants within Yakima County were born with spina bifida, a condition in which the tube that forms the brain and spine does not properly seal shut. A veteran nurse at Prosser Memorial Hospital first contacted health officials regarding the problem after three deliveries with birth defects there.