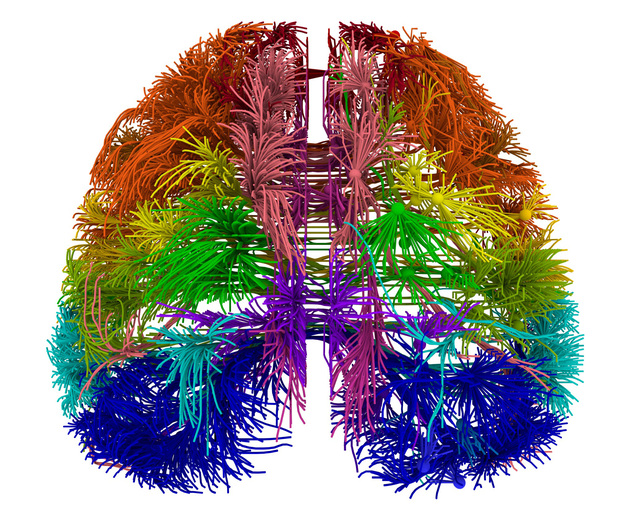 A top-down view of connections originating from different cortical areas of the mouse brain. The research published Wednesday, April 2, 2014 is the first brain-wide wiring diagram for a mammal at such a level of detail.[/caption]

One year since president Barack Obama unveiled a $100 million “BRAIN initiative” to reveal the under-workings of the gray matter in terms of thinking, remembrance and spread of diseases, scientists involved in the study have made key discoveries a report by Reuters columnist Sharon Begley shows. The report published in the Journal Nature, demonstrates a mouse “connectome” mapping sinuous connections made by neurons to form functional inter-connections.

According to David Van Essen a neuroscientist at the Washington University in St Louis, the mouse connectome offers the most detailed analysis of any mammalian brain so far. Van Essen is a leader of the Human Connectome Project that hopes to attain the same feat with Human species. Connectome is a wiring schema that shows how millions-or-billions of neurons in the brain connect to other neurons through axons and the white matter to allow segmented brain regions to interact and develop characteristics such as behavioral predicament, intelligence and personality.

Scientists believe that connectome may reveal many things including how neurons that register the taste of cookie fan out through remembrance. The study may also reveal why the circuits malfunction to lead to ailments such as Alzheimer’s disease. Aside from the mouse, it is only the roundworm C. elegans that has a complete connectome mapped-out. The recently released mouse connectome is mapped out to a medium scale that allows the revelation of local and long-range connections. However, plans are underway to develop an image which will reveal inter-connecting neuron synapses on a “microscale” connectome level, adds Begley.