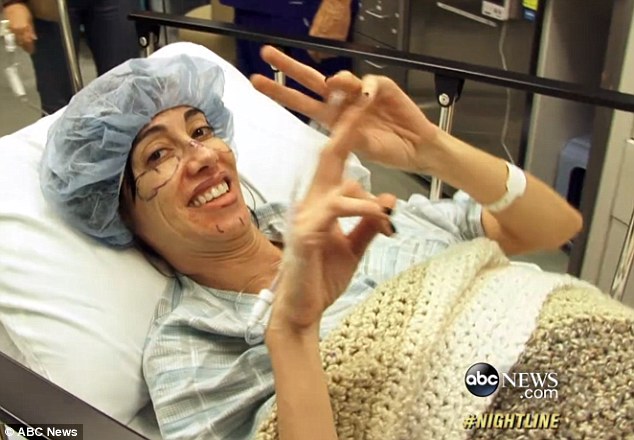 Los Angeles, California - Triana Lavey has some interesting boutique priorities and one of them is looking her best in selfies she regularly posts on Facebook and Instagram. Over the years, she has become increasingly self-conscious about her appearance with most of her self-loathing directed at what she termed was her "weak" chin.

So what did the slender 38-year-old brunette do about it? She plopped down $15,000 for plastic surgery enhancements to her face for the sole purpose of taking the best selfies possible. The facial enhancements included a nose job, grafts of fat to better define her cheeks, and the piece de resistance: a chin implant.

Now, she claims her looks are comparable to a super model. Well, in all likelihood, she's putting her proverbial thumb on the scale weighing that assertion, but it is undeniable that she's pleased with the results... for now. For those thinking that Ms. Lavey is superficial, she would counter that social networking promotes a person's own brand and can become a matter of financial benefit. She herself works for a firm called uFluencer Group which scouts online talent. Her job title is that of "talent manager". So she really can make the claim that the cosmetic surgery is a legitimate investment of sorts. It will be interesting to see if she is able to claim an IRS tax deduction for the cost of the surgery. Lest anyone think she loathes herself, Ms. Lavey says the opposite is true. She likes herself very much, but wanted to photoshop her face. Aside from plastic surgery, she regularly gets Botox injections. In her mind, it is a non-discretionary budget item like rent, car insurance, utility bills, and grocery purchases. She says plastic surgery allows a person to gain an additional measure of beauty they were not born with. This is, without a doubt, the worst way to be dumped: The Hashtag Breakup