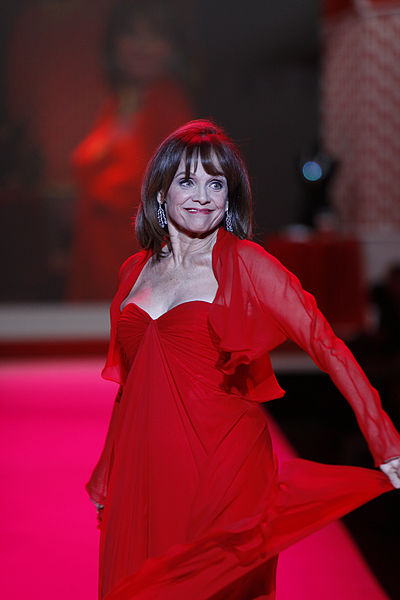 Broadway producer Matthew Lombardo has filed a $2 million lawsuit in Manhattan Federal Court against actress Valerie Harper. Harper, who was the star of Lombardo's production of "Looped", a play about legendary actress Talullah Bankhead, had to pull out of the play prior to the start of its national tour after she was diagnosed with brain cancer in 2013. Lombardo is contending that Harper and her husband, Tony Cacciotti, intentionally withheld information about Harper having lung cancer in 2009 in order to accept the acting assignment.

Lombardo is contending in his lawsuit that Harper's failure to inform him about her cancer diagnosis cost his production half a million dollars in lost revenue. Actress Stefanie Powers eventually stepped in for Harper, but Lombardo says he feels that Harper misled him intentionally, and his lawsuit is also asking for an additional $1.5 million for additional damages. Harper starred in more than 50 performances of the play on Broadway in 2010, but when rehearsals began in 2012 to take the show on a national tour, Harper began suffering slurred speech and headaches. When she sought medical help, she was informed that her original lung cancer had now spread to her brain.

Harper has filed a lawsuit against Lombardo, claiming he failed to pay her for the remainder of her contract, which she says she was owed since her departure from the national tour was specifically based on health reasons. FILE - In this publicity photo provided by Boneau/Bryan-Brown, Valerie Harper stars as Tallulah Bankhead in Matthew Lombardo's "Looped," at Broadway's Lyceum Theatre in New York. The playwright of "Looped" claims in a lawsuit that Harper didn't disclose she had cancer until after she signed to star in the play. The suit says the 74-year-old "Rhoda" star knew in 2009 she had lung cancer but "knowingly withheld the truth." The $2 million suit, filed in Manhattan federal court, was a counterclaim to one Harper filed demanding she be paid for the production she left for health reasons. [/caption]

The 74-year old actress went public with her diagnosis of leptomeningeal carcinomatosis in the spring of 2013 and admitted that her doctors told her that her condition was terminal, with only a few months to live. So far, Harper has managed to beat the odds and is still alive and active in the entertainment business, although she says she is not cancer-free.

"In response to a recent erroneous quote concerning my health, I am not 'absolutely cancer-free,'" she told Us Weekly. "I wish I were. Right now what I am is cautiously optimistic about my present condition and I have hope for the future."

TMZ calls it "the most tasteless lawsuit we've ever seen." Harper at 2010 The Heart Truth[/caption]

ccording to reports by TMZ, Valerie Harper, a Broadway actress, has recently had a lawsuit placed on her by major Broadway producer, Matthew Lombardo.

Lombardo is claiming that Harper did not inform him of her cancer returning, and has since decided to take matters to the courts. Back in January of 20013, Harper was diagnosed with leptomeningeal carcinomatosis, which is both a fatal and rare medical condition. The rare form of cancer affects the fluid-rich membranes which encase the brain. Doctors and cancer specialists have given Harper only months to live after verifying the results of her diagnosis.

Before being properly diagnosed, apparent warning signs and symptoms became more and more pronounced, over the past few months. Harper was experiencing severe loss of memory and slurred speech as part of the symptoms. She was formally notified of her lethal diagnosis during her Broadway playwright rehearsal of the production "Looped."

Lombardo's claims are that Harper held back the truth about her previous breast cancer, which she was battling back in 2009. At that time, the cancer had spread from her breasts to her brain and Lombardo believes she kept that information secret so she could continue her portrayal role of super-actress Tallulah Bankhead in 2010. Harper's role lead to her being Tony Award nominated, which is why she stayed quiet about her progressing cancer at that time.

While Harper only has months to live, Lombardo seems keen on getting her into the courts, where he plans to sue for a whopping $2,000,000! In Harper's defense, she did leave the sets during production only weeks after finding out her diagnosis. Lombardo's rebuttal is that production was halted and he was left with his hands thrown in the air as he searched frantically for a suitable replacement lead actress.

Valerie Harper Sued For Not Revealing She Had Cancer to Employer
http://www.usmagazine.com/celebrity-news/news/valerie-harper-sued-cancer-2014274