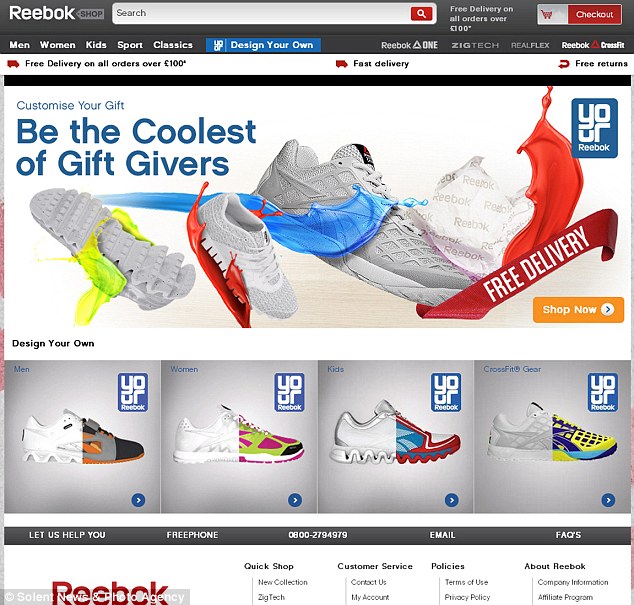 No, it's not an early Black Friday special to beat all specials, but it should be. International shoe maker Reebok has confirmed that their website offered their coveted CrossFit Nano Speed footwear, which is designed for the high impact cardio exercise, for the mere charge of £8.50 to cover the cost of shipping. The shoes retail for £99.95 ($162.72 USD). So was it an act of benevolence for the Christmas season or paying it forward? Again, it probably should be, but in the case or Reebok it was a technical glitch with their website.

A spokesman for the firm, now owned by Adidas, said: "There was an IT glitch resulting in the YourReebok CrossFit Nano Speed shoes being incorrectly priced at £0 instead of £99.95.

"Clearly, it was not Reebok's intention to offer this product for free. In accordance with the Reebok Delivery Terms and applicable law, unfortunately we are unable to fulfil these orders.

"We have apologised to the consumers affected and offered them a one-off discount of 20%, which they can redeem at Reebok.co.uk to mitigate any inconvenience that this error may have caused."

The fix has now been addressed and the company has stated that it will absolutely not honor the deal of a decade orders to those fortunate enough to have placed orders. Bah, humbug! Instead, the shoe maker will give customers a 20% discount coupon which in all honesty is probably the type of discount they'll be likely to get from retailers. Apparently, the shoes can be customized in terms of colors and it was during this process that the website would zero out the price of the shoes. One customer was disappointed that his order or four pairs of the shoes for a mere £8.50 will not be honored.

On the Web:
Shoppers rush to order FREE Reebok trainers worth £99.50 after website glitch meant they only paid the delivery charge of £8.50
http://www.dailymail.co.uk/news/article-2513937/Shoppers-order-FREE-Reebok-trainers-website-glitch.html

Related Topics:Free Rebook Trainers
Up Next

All Inclusive Vacations: TripAdisor Picks The Best Of 2013