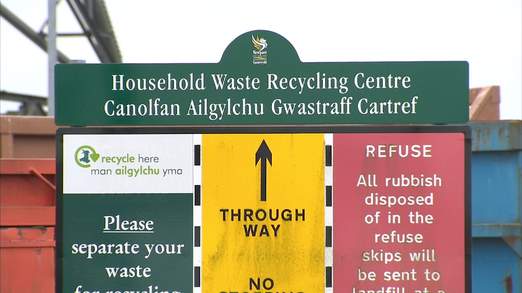 Newport, Wales - In 2009, when new digital currency upstart Bitcoin was only a year into its revolutionary business, IT techie James Howells used his girlfriend's laptop to mine for coins. The term "mining" refers to allow the laptop's computing power to be used to generate digital coins for use as currency. People who allowed their laptops to perform that task were able to earn coins for their own use. Howells only participated in that process for seven days because his girlfriend complained of the heat the laptop generated from being in constant use. During that short run, he earned 7,500 bitcoins.

He later spilled a drink on the laptop which ruined it, but not before he pulled the working hard drive for potential use as a spare part. Eventually, his room got cluttered and he cleared out items over the summer and tossed them in the trash. He inadvertently discarded the hard drive containing the 7,500 bit coins which now had risen in value to £4m.

Sadly, Howells did not have a backup for the data and the coins are useless without the cryptographic "private key". The drive is believed to be local dump yard underneath an area of rubbish with width of a soccer pitch. Whoever can retrieve the digital wallet, will be wealthy.

Newport City Council said: "Staff have assisted with the retrieval of items in certain circumstances but this would have to be done very quickly after it was thrown away.

"However, an item thrown away in the summer would be buried under 25,000 cubic metres of waste and earth."

Related Topics:£4m bitcoin computer
Up Next