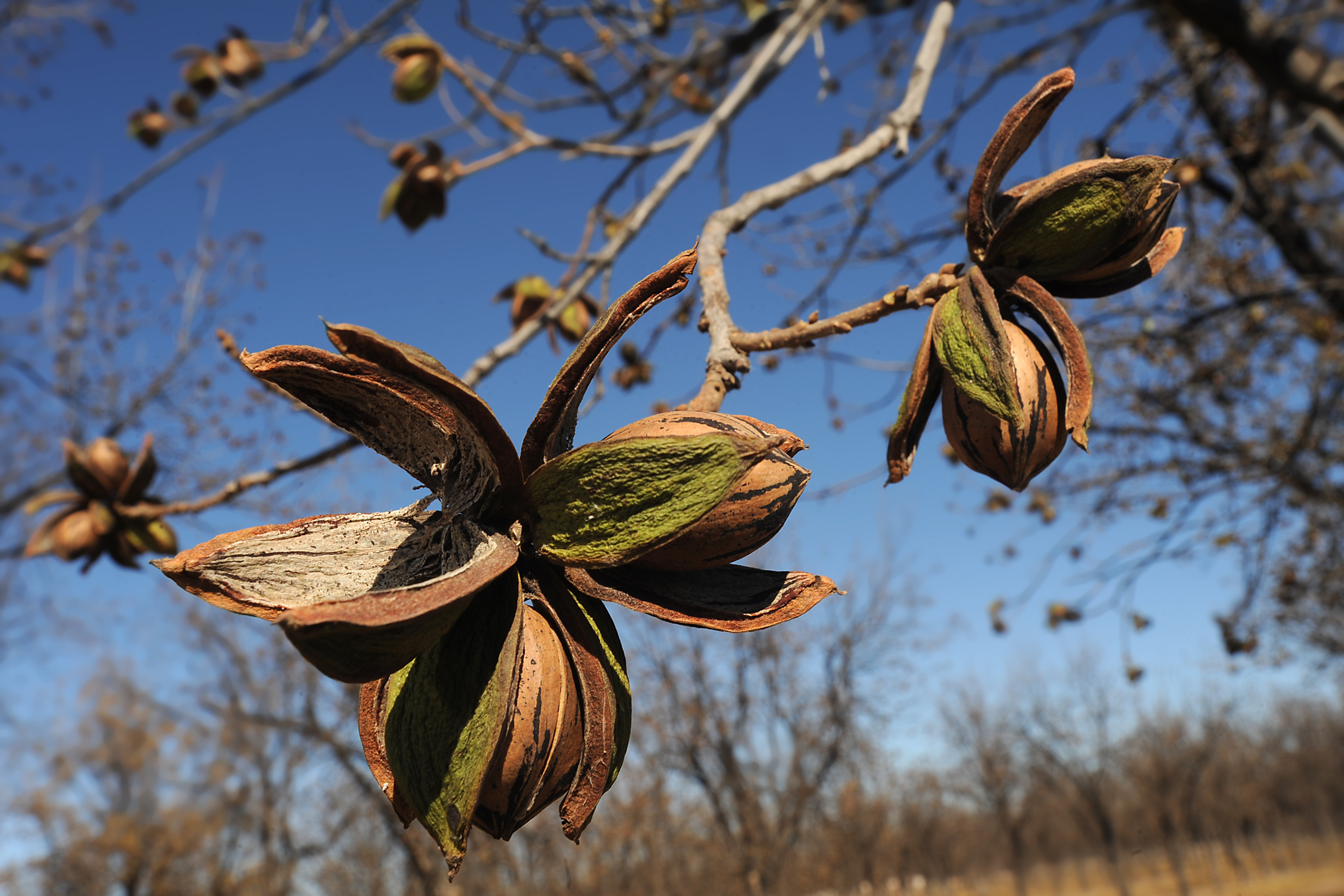 Homemakers who want to include pecan pie and other specialties including the popular pecan nut on their holiday menus should be prepared for some sticker shock at the grocery store. That's because the price of pecans has spiked as much as 30 percent this fall due to a rainy season that's caused production to fall by about half, in addition to increasing demand for the nuts from China. Not only did record rainfall cause annual production of the nuts to plummet in Georgia, which leads the nation in pecan production, but the Texas crop was also decimated by free roaming squirrels and pigs who ate a lot of the crop right in the orchards.

"This year retail pecans are bringing a premium," Swift said. "It could get worse the trees are stressed," said Troy Swift owner of Swift River Pecans for 15 years.

Swift also said feral hogs are to blame for diminishing crops. He said not only do the prowling animals feast on pecans, they make harvesting impossible.

"They tear up the ground, so that the pecan harvesting machines can't pick the pecans," Swift said.

Although slightly more than 300 million pounds of pecans were produced by U.S. farmers in 2012, the Chinese market consumes about one-third of that supply since they have discovered American pecans. Ever since pecans were first introduced to the Chinese about 7 years ago, their consumption has risen dramatically and now even Georgia's largest pecan farm ships nine-tenth of their crop directly overseas. Pecan lovers around the world who got used to plentiful supply and reasonable prices will just have to be willing to "shell" out more for their favorite nut.

On The Web:
No pecan pie for Thanksgiving? This is nuts!
http://news.yahoo.com/pecan-pie-prices-shortage-194055644.html

Related Topics:pecan shortage
Up Next