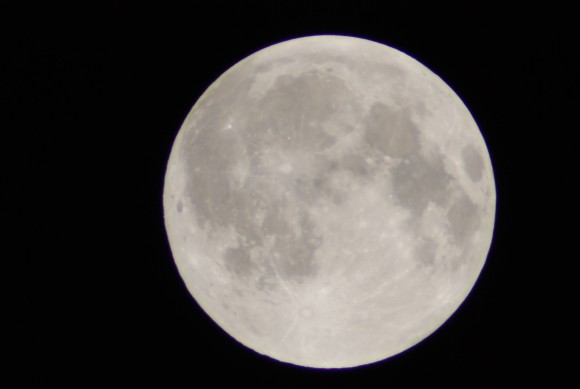 This month, the Moon offers the amateur astronomer some unique sights. This Decembers Full Moon is the smallest Full Moon of the year, according to NationalGeographic.com. Of course, this doesn't mean the Moon is getting smaller its just farther away in its orbit. The distance between the Earth and the Moon can vary by as much a 27,000 miles during the course of it's orbit.

In addition the Moon will be sharing its part of the sky with a number of other Astronomical sights. The stars Betelgeuse and Aldebaran very close to the moon, (appearing as two orange stars above and to the right of the moon.) Meanwhile, the Planet Jupiter can be seen to the left and below. The Moon and Jupiter at their closest will only be 5 degrees apart.

While you're out there, on December 22, be sure to catch the Ursid Meteor shower. Look just above the little dipper in the hours before dawn and you should be able to see about 10 or 15 meteors an hour sometimes rising to as many as 30. According to NationalGeographic.com , light reflecting from the waning moon will reduce the number to around 5 to 10 meteors and hour.

Related Topics:December Full Moon 2013
Up Next