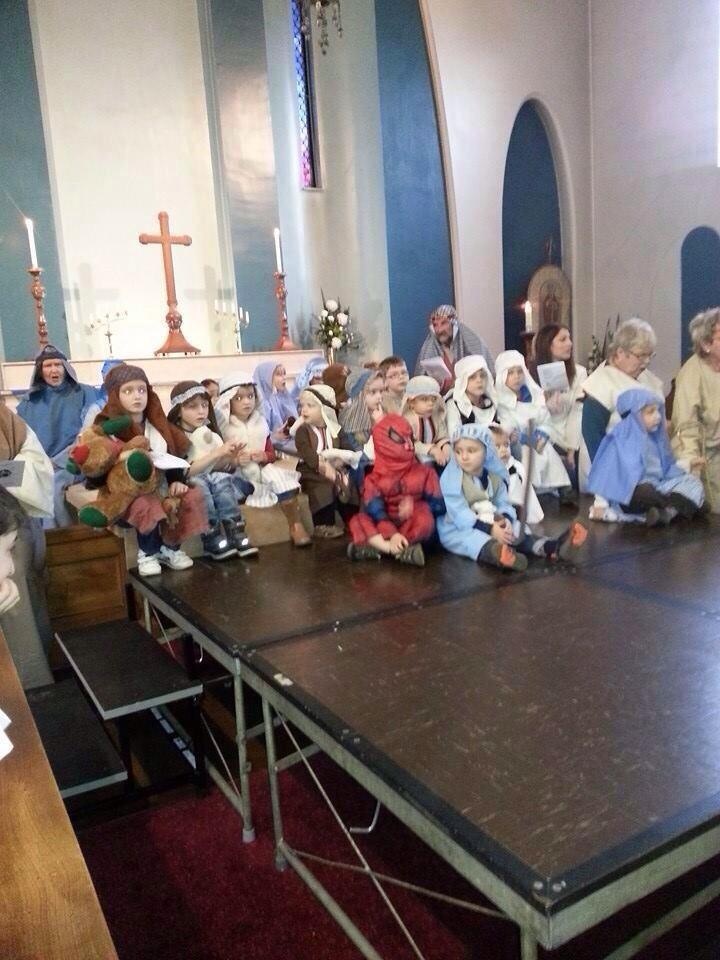 A photograph showing a young man dressed in a Spider Man costume sitting nonchalantly with his fellow classmates, all outfitted as shepherds and Wise Men for their annual school nativity play, is making the social media rounds after it was first posted on Reddit recently. A Reddit user first posted the funny photo, explaining that a friend of his shared the scene with him, showing his nephew outfitted as a cartoon hero amid his more traditionally garbed nativity play participants.

It's not known at what school the nativity play was performed or the identity of the young Spider Man who decided that his hero costume was a more comfortable fit for him than dressing as either a shepherd or a Wise Man. Because the Spider Man costume also covers the youngster's face, he will not be easy to identify. But his fellow students seem to be very nonplused about having him appear for the group photo at their holiday nativity event. One Reddit user responded after seeing the cute photo with their own holiday message, noting that it was Jesus Christ himself, born on Christmas Day, who reminded all of his followers that "with great power comes great responsibility."