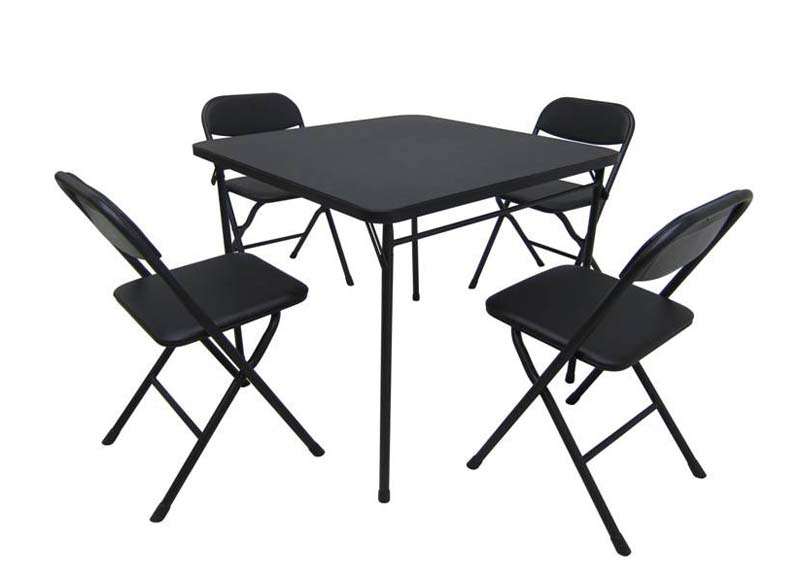 Anyone who received a Mainstays Card Table Set from Walmart as a holiday gift should be aware that the retail chain is recalling the 5-piece card table and chair sets because of reports of a large amount of injuries while in use. Almost 74,000 of the card table sets were sold but at least 10 customers have reported serious injuries after the chairs unexpectedly collapsed while people were sitting in them, according to the Consumer Product Safety Commission. Among the most serious injuries was the amputation of a customer's finger, three amputations of fingertips and several fractured and sprained fingers.

Walmart sold the popular Mainstays Card Table sets both in stores and online between spring and fall of 2013. Both the table and the accompanying chairs featured black padding. There is a descriptive label on the bottom of each chair indicating they were manufactured by Dongguan Shin Din Metal & Plastic Product Co. Walmart officials said that customers can expect to receive a full refund by returning the set to any store location and that the instability of the chairs is such that customers should refrain from any further use of either the card table or chairs. There is no word if injured customers will sue.