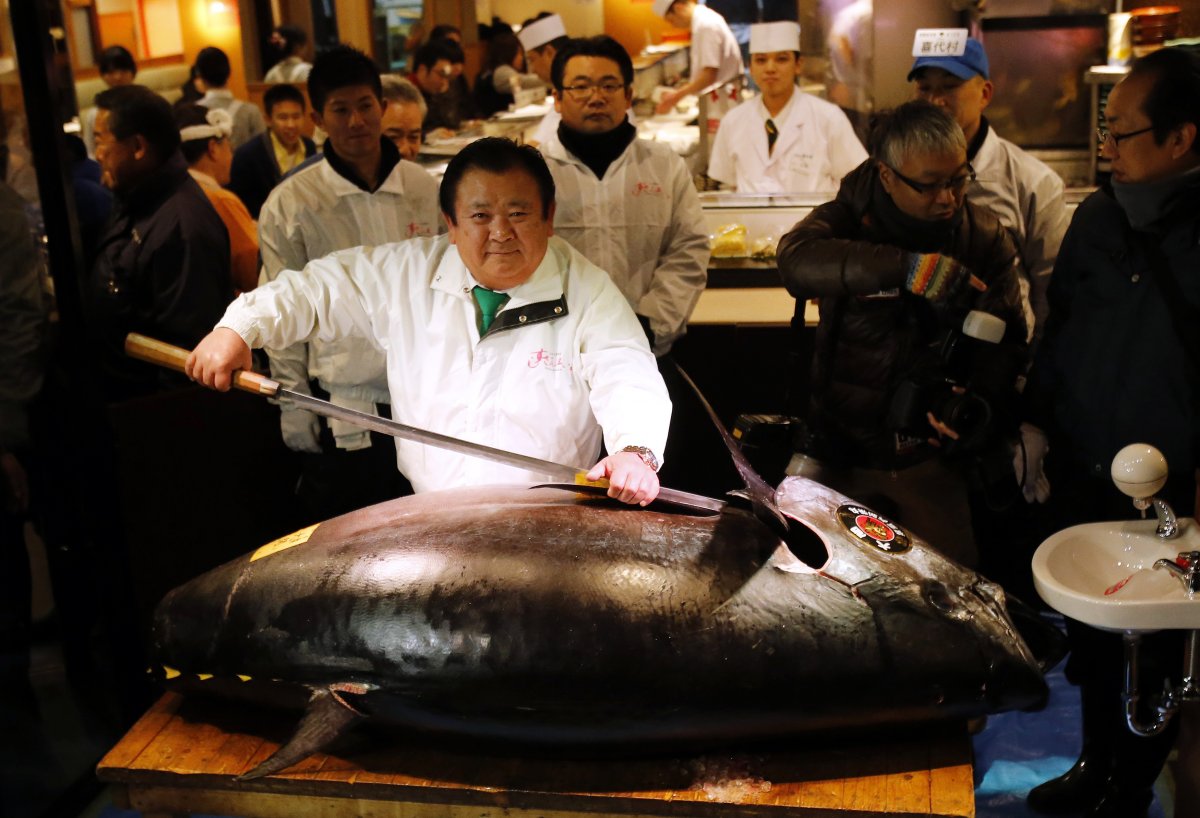 Competition from among sushi restaurant owners was keen at this year's first tuna auction at Tokyo's Tsukiji market. A Bluefin tuna weighing in at 507 pounds brought a whopping winning bid of $70,000 from Kiyoshi Kimura. Kimura operates a chain of seafood eateries throughout Japan. During last year's auction, Kimura made headlines when he bid $1.76 million for a tuna that weighed 489 pounds. He told members of the news media that he was glad that tuna prices had become much more reasonable since last year's frantic bidding.

Fewer tuna were auctioned off at this year's event than in 2013, with slightly more than 1700 of the gigantic fish on the auction block, down from 2491 last year. Many experts are worried that Bluefin tuna are being fished into extinction as the volume of this popular tuna variety has been declining since 1999 due to overfishing in both Atlantic and Pacific Ocean waters.

"The population has effectively been decimated," said Amanda Nickson, director for global tuna conservation for The Pew Environment Group. "Over 90 per cent of bluefin tuna are caught before they reach reproductive age. You have to wonder if this remotely sustainable."

It is estimated that four out of every five Bluefin taught caught is consumed in Japan, although an increasing number of other countries now want to add tuna to their restaurant menus. Conservationists are calling for new rules that prevent fisherman from catching immature Bluefin tuna.

Related Topics:Bluefin tuna goes for $70000
Up Next