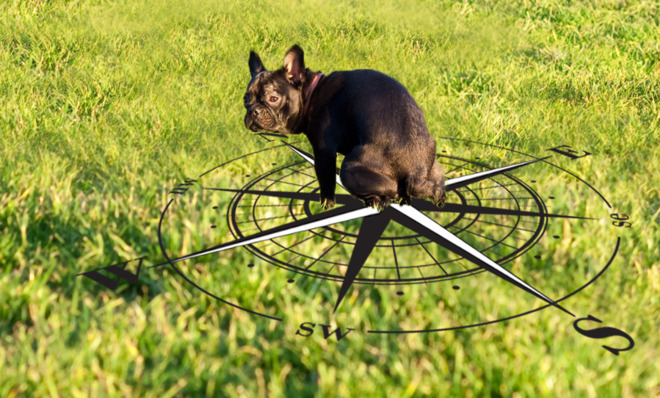 Biologists are always finding out more about animals, but this new finding may cause a moment of "paws" for people following dog poop news. Dogs relieve themselves in perfect alignment with the planet's magnetic field. A team of scientists studied this phenomenon for two years. They measured poop and pee body axis directions of 70 dogs correlating that information with the position of Earth's field of magnetism.

Inquiring minds had to know apparently. The biologists discovered that the 70 dogs pooped nearly 1,900 times and urinated nearly 5,600 times in those two years. The beagles, fox terriers, dachshunds, and 34 other breeds did their business aligned to a north-south axis just like the magnetic field. The scientists persevered despite challenges like magnetic storms that complicated research.

Biologists weren't surprised since dogs along with coyotes, foxes and wolves are known for honing capabilities. Other animals like turtles and cattle travel or graze in alignment with the planet's north-south axis. However, scientists still hadn't determined exactly why dogs did their thing the way they did. It could be unconscious or maybe coincidental. Dog owners told about the research said they would pay attention to how their dogs did their business.

On The Web:
Dogs align with magnetic field when doing their business
http://www.ajc.com/news/news/national/dogs-align-magnetic-field-when-doing-their-busines/ncbgF/

Related Topics:Dogs align with magnetic
Up Next