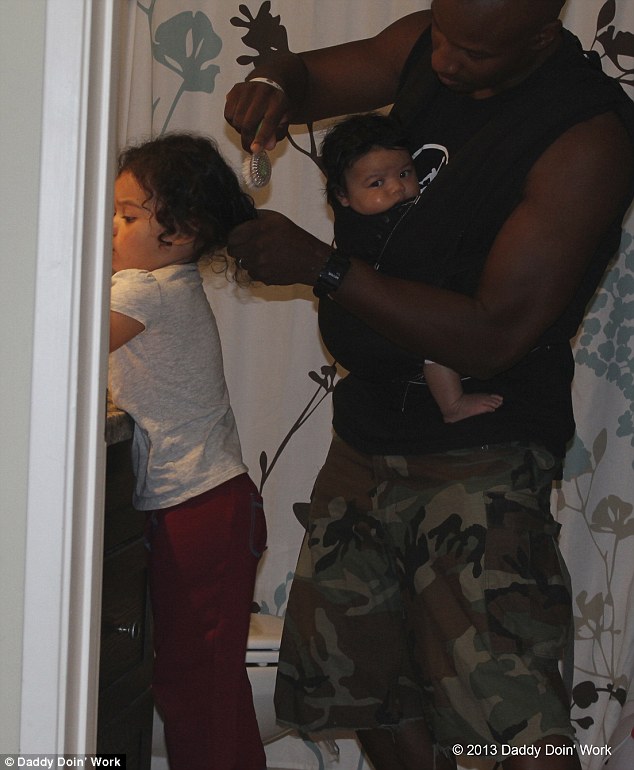 Los Angeles, California - Doyin Richards posted a picture of him tending to his two little princesses one of who is age two and the other a toddler. In the photograph, he is seen with his little girl in a front cradle fastened his chest while he combs out the older daughter's hair. It's a tender photograph of a father bonding with his baby girls.

The photograph was posted on his blog hosted at the website GoodMenProject.com. It included a caption which informed viewers that his 15 minutes of tending to the two-year-old accomplished the task at hand. Since that time, it has gone viral on Facebook with over 200,000 likes. The link to the photograph has been shared thousands of times as well. Richards said the image was snapped this past fall when he took maternity leave from his employer to connect with his new born daughter.

"Don't get me wrong here -- it's a very cute picture, and it's cool when people say so," Doyin Richards wrote in a blog post about the social media flurry. "However, I start to get a little uncomfortable when people want to start planning parade routes for me because of it."

Quite frankly, he was pleasantly taken back by the response from people who were endeared by the gentle masculine figure doting on his daughters. However, not everyone has been pleased by the picture. Richards says some men call him out in angry e-mails for making them appear as lacking as fathers.