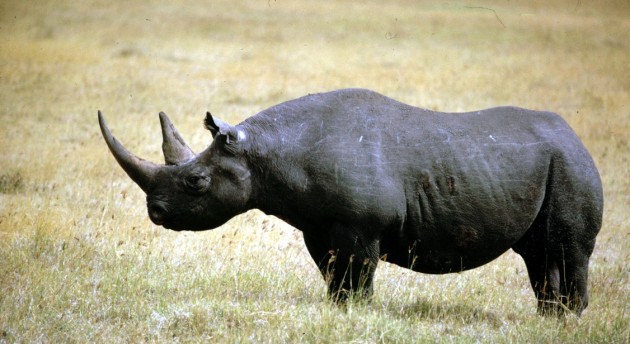 Dallas, Texas - Ben Carter is the chairman of the Dallas Safari Club and is planning an auction for the right to hunt down an African Black Rhino, an endangered species. Obviously, participants in the auction are avid big game hunters driven by the thrill pursuing and killing powerful beasts. However, Carter counters that his expedition will actually increase conservation efforts to the dwindling Rhino population.

“This is the best way to have the biggest impact on increasing the black rhino population,” said Carter.

Just how is that possible? The government of Namibia will sell the permit and use all the proceeds towards conservation efforts for the remaining rhino population and to safeguard them against poachers. Never mind the aspect of government corruption that will likely see a substantial portion of any conservation funds get appropriated to questionable "administrative costs", but the population is already believed to be as low as 5,055 according to one rhino conservation group. Carter claims that the type of rhino to be hunted will be the older bull which actually poses a threat to the rhino population.

“They need to be protected, not sold to the highest bidder,” said Jeffrey Flocken of the International Fund for Animal Welfare (IFAW). “It also sends a dangerous message that these iconic and disappearing animals are worth more as dead trophies to be mounted and hung on a wall in a Texas mansion than living in the wild in Africa.”

Detractors of the auction, which may attract up to 45,000 participants, have made death threats to Carter's children. Regardless of how one views the hunting of rhinos, at least this one will be legal as opposed to the number of rhinos killed by poachers annually which provide nothing towards conservation. Either way, making death threats is a felony offense.

Real-life MI5 agent watch goes up for sale on ebay