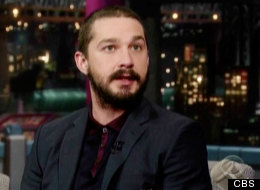 People are always intrigued with a celebrity feud. Individuals who crave such stories had a recent battle that certainly craved their appetite for full on superstar combat. It’s not exactly the East Coast versus West Coast rap wars of days gone by, but Shia LeBeouf and Alec Baldwin recently made the rounds on Broadway recently.

LeBeouf was scheduled to co-star along with Baldwin in the new Broadway production “Orphans”. Just a few weeks prior to the opening of the show, LeBeouf was removed from his role and replaced by Ben Foster. The young actor initially blamed Baldwin for his removal from the show and expressed his displeasure with the star over Twitter.

LeBeouf addressed the situation on recent talk show appearances and admitted that he and Baldwin had issues with each other and didn’t connect. He defined both himself and Baldwin as very passionate people. Shia LeBeouf has let bygones be bygones and recanted some of his negative comments about the “30 Rock” star. He attended the opening night show and cheered wildly for Foster.
The former child star, LeBeouf, is already a movie and television veteran at 26. He has starred in the popular “Transformers” film series and other popular hits such as “Disturbia” and “Eagle Eye”. He as making the talk show rounds to promote his new film “The Company You Keep”.