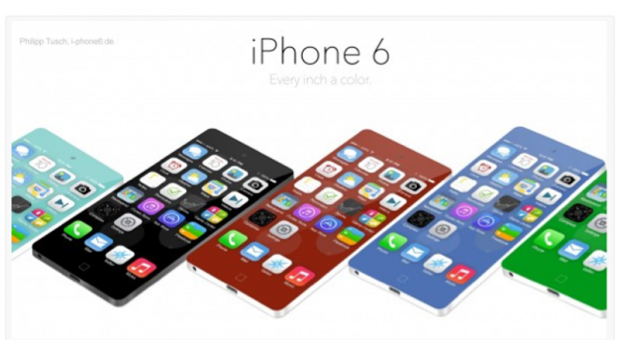 Falling in line with previous releases, Apple announced that they will unveil the newest version of the iPhone on September 10 according to news from AllThingsD. This latest release is rumored to have both an upgrade the currently popular iPhone 5, as well as a newer low cost option.

As expected, both new phones will likely feature the forthcoming iOS 7, which was announced in June. This new operating system will provide a fresh and different look from previous iOS releases. Also rumored for the forthcoming model is an upgraded security system, likely in the way of a fingerprint scanner.

Also possible for the more affordable version of the iPhone is a variety of colors to choose from. Sources at cnn.com have mentioned that the possible price point for this model will be $99, and that it may be called the iPhone 5C.

The timing fits in place with other releases, as the iPhone 5 was released in September of 2012, and the iPhone 4S in October 2011. The timing is right for Apple, as their stronghold on the smartphone market has recently diminished with the introductions of the very popular Samsung Galaxy S4 and other Android based smartphones.

Top-line specs so far include:

The iPhone 5S appears to be the same size as the iPhone 5, which would be consistent with other "S" upgrades -- the iPhone 4 to iPhone 4S, and the 3G to the 3GS before it. Over the weekend, 9to5Mac posted pictures from Tinh te, a Vietnamese website, that purport to show mockups of iPhone 5S and the iPhone 5C, the less expensive plastic iPhone Apple is said to be developing.

The Apple A7 processor

It seems more than likely that Apple will use ARM's big.LITTLE architecture. This allows a processor to have low-power cores that save on battery life, when not much CPU power is required, switching to full-power cores when more intensive tasks are required. Apple's always been hot on battery life, so this move would make sense, particularly as it's something that ARM's really pushing at the moment.

Alleged shots of the new phone have shown the internals of the phone, including an unknown processor. Obviously, you can't tell specs from a shot of a chip, but a new processor could well mean an A7 chip, which will be used in the iPhone 5S first, before making an appearance in the iPhone 6.

The iPhone 5S will have a 12-megapixel camera, according to an April report from Tinh te, relayed by iPhone in Canada. And last month 9to5 Mac reported that the iPhone 5S camera may also be capable of recording video at 120 frames per second, allowing for slow-motion video.

According to dkd, IOS 7, which was unveiled at the Apple World Wide Developers Conference WWDC) in June is designed by Jony Ive, the system is a big departure from the current version. For starters, the interface and icons have all been completely redesigned with a 'flatter' appearance. It's certainly more modern looking.

Available in capacities up to 128GB

In terms of storage, Apple has used 64GB has been the top model for a couple of years, so we'd expect the top model to now be 128GB. We know that Apple now has that capacity, thanks to the recent launch of a 128GB iPad 4.

Last year, Apple quietly bought AuthenTec, a company that makes fingerprint sensor technology, for $356 million, and the general consensus is that Apple will include AuthenTec technology in its next iPhone. Cult of Mac calls the fingerprint sensor, which would be embedded on the convex home button and covered with scratch-resistant sapphire glass, the "big headlining feature" of the next iPhone.

One of the omissions from the iPhone 5 was NFC, but with the technology starting to appear in most new Android phones, we'd expect this in the in iPhone 6. With Apple pushing its Passbook App, for storing store cards, tickets and coupons, integrating this with NFC would make a lot of sense.

Julia Roberts And Other A Listers Confirmed For TIFF