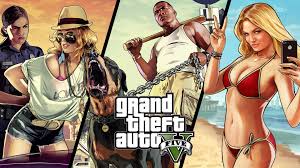 GTA 5 Reviews Are In: Yep It's Awesome[/caption]

GTA 5 reviews are pooing in now and the general consensus is, the game is fantastic in all respects.

Check out what the critics are saying:

The GTA 5 release date is September 17th.  With Many retailers across Canada and the U.S. oppening their doors at midnight tonight!