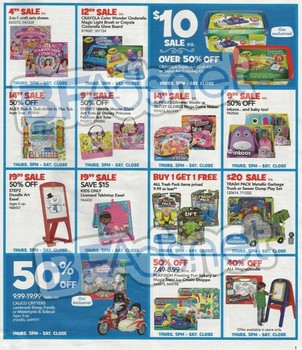 Canadians interested in enjoying Black Friday deals had to cross the border to the U.S. Data from Statistics Canada shows that 4.2 million people crossed the border in 2011. However, this no longer has to be the case as many local retailers have seen the opportunity and are cashing on it.

Black Friday, which comes a day after the Thanksgiving holiday in America, attracts many Canadian shoppers. The day is called Black Friday because it’s when retailers see profits or black ink on their balance sheets. It marks the start of the Christmas season, albeit unofficially.

Although Thanksgiving will have long past in Canada by then, Black Friday lures many Canadian shoppers.

According to The Wall Street Journal, Black Friday deals now head north as many Canadian retailers host their own sales. Other retail outlets are considering opening their doors relatively early to ensure competitive shoppers stay at home, including Toronto’s Eaton Center mall and Toys R Us chain.

Still, if your determined to cross the boarder for some Black Friday shopping, there will be plent of deals to be had:

Check out some the American retailers Black Friday ad scans below:

This page will be updated daily to add new flyers

Here are the Black Friday 2013 Ads and flyers released so far (These are for American stores).

So far, the latest store hours that shoppers can refer to were released by the Chicago Tribune and stated as follows: