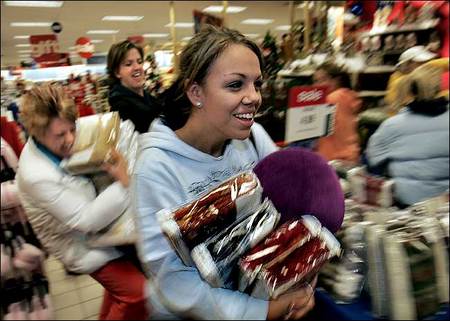 As Canada's largest and most popular website for comparative shopping, Shopbot.ca is prepared for another successful holiday season. Last year, over 80,000 online shoppers used the website to find unprecedented bargains from over 400 retailers in lieu of waiting in lines and battling it out with other customers on Black Friday in order to get the best deals.

Canadians are increasingly turning to Shopbot to compare products and ultimately find the best prices, with the added comfort and convenience of shopping online.

"Traditionally, Shopbot is known as a price-comparison website, but in addition to finding the price of a desired product, at Shopbot.ca, you can also find details on warranty, shipping and the reputation of the retailer."

Shopping Trends For The 2013 Shopping Season

This year, Shopbot is noticing that there’s an early start to holiday shopping! The site experienced an increase in traffic at the end of October and early November.

With more and more people using their smartphones to surf the web, There’s been a large shift to shopping via mobile and social commerce as well, with Shopbot noticing a 30% increase in visits from mobiles and tablets on a year-over-year basis. Shopbot has noticed more consumers completing their purchase on a mobile or tablet this year, said Monika Hajzokova, Sales Director at Shopbot.ca.

Canadian brands are definitely catching up with their American competitors on Black Friday deals this year as well, offering more incentives and shipping deals to encourage domestic online shopping.

This year, it’s not just the traditional Best Buy, Wal-Mart and Target type of brands who are embracing Black Friday, but rather a wide range of brands and industries.

Shopbot notes that traffic to Fashion and Winter Outerwear has doubled in comparison to 2012 during the month of October/November.

Shopbot.ca has been a mainstay in comparison shopping since its founding in 2004 and currently offers a range of the most sought after products in electronics, apparel, toys, and more, making it the ideal site for smart gift-giving.

The award-winning product search engine is also accessible by mobile device, making it the easiest and most cost-effective alternative to stampeding through stores at dusk to score the best deals.

The website expects a surge in traffic as well as product variety during the upcoming holiday season and encourages consumers to shop around in one convenient, online location.

”We’re confident this year’s holiday season is going to be very successful and we are already getting ready for Boxing Day to provide even more deals for Canadians", says Hajzokova.