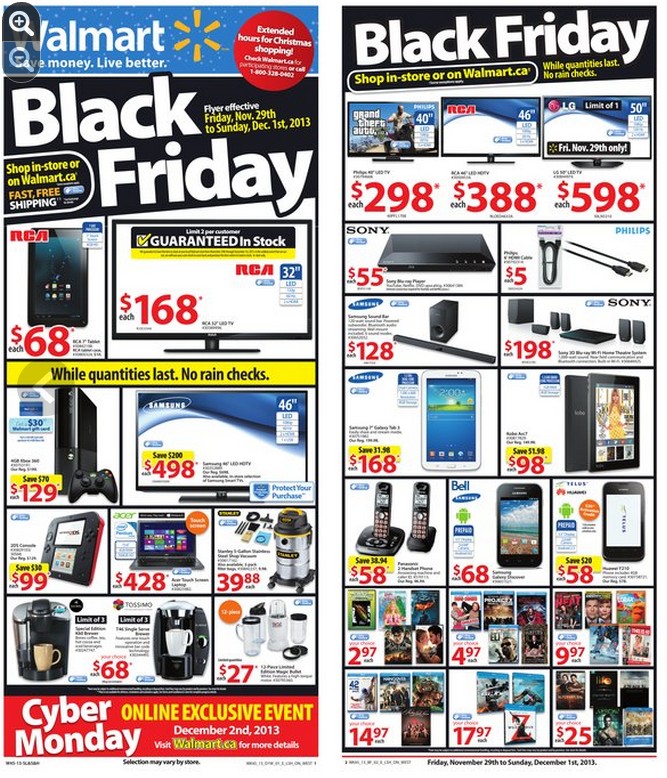 
Black Friday, which comes a day after the Thanksgiving holiday in America, attracts many Canadian shoppers. The day is called Black Friday because it’s when retailers see profits or black ink on their balance sheets. It marks the start of the Christmas season, albeit unofficially.

Canadians looking for the deals of the year will find them at Walmart.

This year Walmart has created a flyer enabled with Layar technology, which allows customers to purchase Walmart.ca offers off of the flyer using their mobile devices.

Here are a sample of the deals now available:

Bear in mind that Walmart is offering free shipping on all purchases with no minimum requirements. Also, the world's largest retailer will be any advertised price including online deals as well.

Click the gallery below to see Walmart's Black Friday Deals For Canadians: