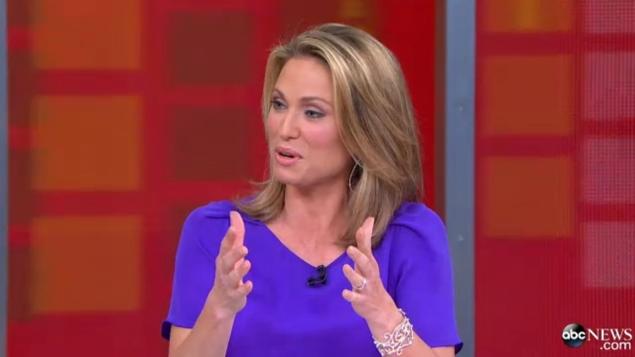 "Good Morning America" news correspondent Amy Robach says she plans to continue working throughout the four months of chemotherapy she is undergoing for breast cancer. After a mammogram test done on the air revealed that she had cancer, Robach opted to have both of her breasts removed. Doctors have since discovered a second breast tumor in addition to the spread of cancer cells into one of her lymph nodes. Because the cancer had spread to the lymph, chemotherapy is the best course of treatment for a full recovery.

The former NBC correspondent says she has no regrets regarding her decision to undergo a double mastectomy in light of the second tumor that surgeons discovered. Robach also felt that she was inspired by fellow GMA staffer Robin Roberts to continue working as long as possible while undergoing radiation treatments to eradicate the cancer. She admits she felt devastated after being told by her doctor that the cancer had indeed spread from the breast into the sentinel lymph node and that the first question she asked after regaining consciousness was if her lymph system had become infected. Robach says she is following Robert's advice to live in the present and take things hour by hour.