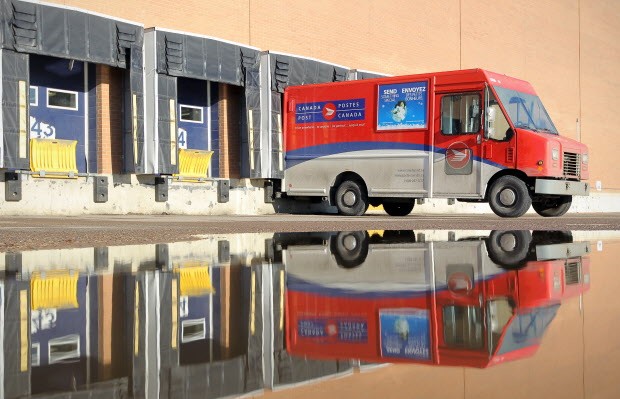 On Wednesday, post mail senders and receivers in Canada were finally told about the changes coming to the Canada Post caused by its declining postal mail business and high pension plan deficit.

The federal Crown corporation advised Canadians that the Canada Post will be raising its stamp rates on March 31, 2014 in an attempt to re-stabilize its financial state. Prices will increase from 63 cents to 85 cents for each stamp in a pack and to a 1 dollar for each single stamp purchase.

The mail deliverer is also continuing with its plan to switch to community mailboxes. Although an option to cut mail delivery days to homes was discussed, businesses wanted continued daily delivery. It's believed that at least five million Canadians still receive their mail at home. Canada Post reassured customers that apartment, rural delivery and large package delivery won't be affected by these changes.

"With the ongoing decline in letter mail - we delivered a billion fewer pieces of mail in 2012 than we did in 2006 - we had to make changes," spokesman Jon Hamilton said.

"[This plan] really provides Canada Post with a future based on serving needs that Canadians have rather than trying to put something together than doesn't work."

Additionally, the Canada Post believes it can save money as more employees retire by privatizing its postal stations and by offering more modern products and services including online shopping and customer service.

The Crown corporation expects to recoup between $700 to $900 million every year with these changes.