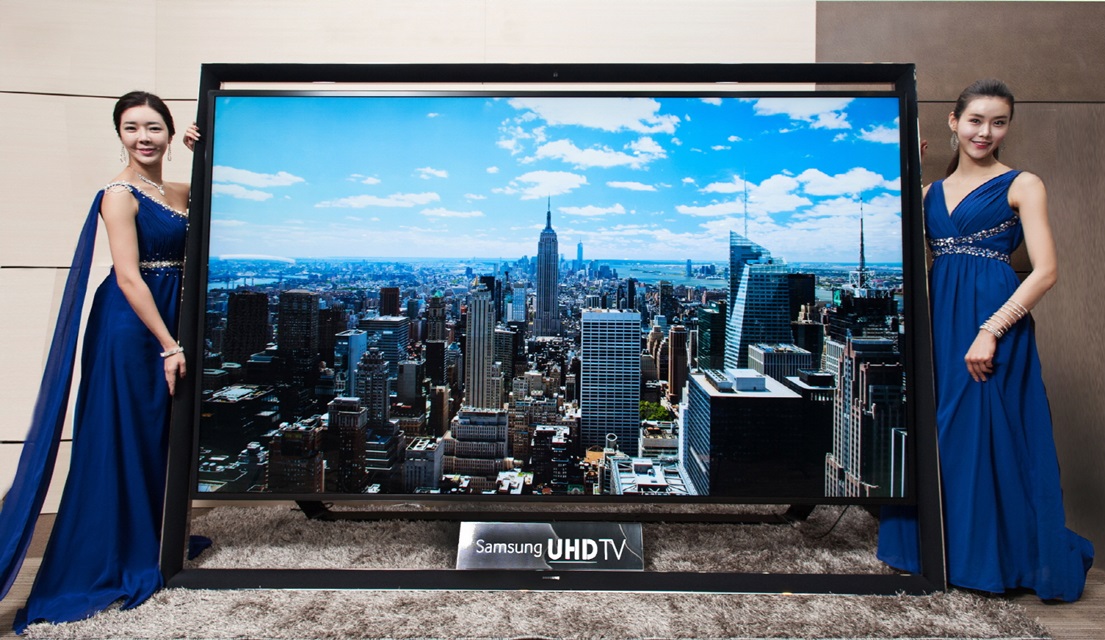 Samsung, the global leader in everything electronics has unveiled a television that is rivaled by no other. Their new 110-inch ultra HD TV retails for $150,000 and is set to debut in South Korea. This mega-tv is part of a larger movement to improve the resolution of televisions around the world, and offer consumers bigger and better screens for their viewing pleasure. It also represents a push away from the OLED screen models which offer lower resolution and are more costly to manufacture.

As demand for the ultra-HD televisions grow, prices are expected to drop to make them more accessible to the mass market. Several retailers, including television giant LG Electronics are expected to follow suit, releasing their own versions of the 110-inch behemoth. Manufacturers in the Chinese market are even getting in on the game, promising to release ultra tvs in varying sizes in the upcoming year. This 110 inch screen exceed Samsung's previous record, an 85 inch screen television that displayed razor sharp images.

The newest innovation in television is likely to turn heads and wow users with vibrant images, sharp picture quality and interactive content. With innovative leader Samsung leading the pack, there is no doubt that this tv will take the world by storm.