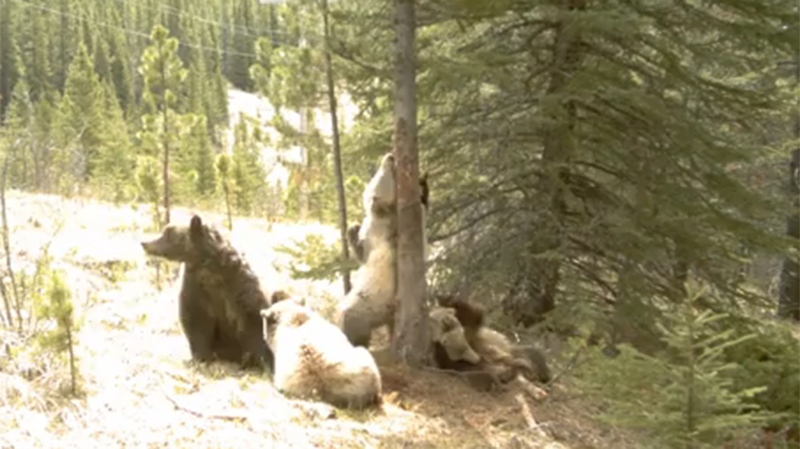 A 58-year-old officer for Alberta Parks had intended to add a guitar accompaniment from a local Toronto musician by the name of Ewan Dobson to his short movie about black bears and grizzlies. The film used images he strewed together from cameras installed in various locations throughout Alberta parks. However, the file was much too large to send via e-mail and he decided to post the clip on his private YouTube account. In a fateful move, he didn't realize that a private account doesn't mean that its posted content is necessarily private. It turns out the clip entitled "What goes on when you are not there" was visible to the public.

When he checked his account two days later, he was stunned to see the film had been viewed 375,000 times IE it had gone viral.

Concerned about his unauthorized use of government footage, he notified his employer who decided to post the clip on the park's own website. It has now been viewed over 2.5 million times.

"We need to keep bears on the landscape, we need to find ways to ensure that we can live with them, interact with them, recreate with them safely, and this video is really helping."

The main audience attraction seems to be scenes of a tree used by grizzly bears to scratch their backs. Officer Glen Naylor hopes the film will help educate people as to how we can better cohabitate with bears safely.

"It just gives a glimpse into one of the things that they do and how they use these rub trees to communicate," Naylor said of the video. "What I'm hoping it will do is prompt more investigation into bears and how bears behave. And hopefully even more so about how to interact with bears safely, how can I go hiking safely, how can I live in bear country safely."