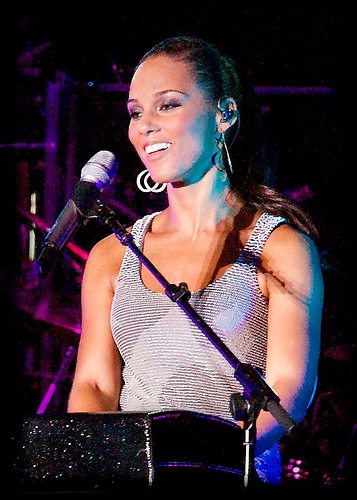 Alicia Keys relationship with BlackBerry Ltd is at an end as of Friday. Keys was chosen as the "global creative director" for BlackBerry only a year ago to help the company rebound after disappointing sales has saw it struggle to stay afloat against competitors such as Android and iPhones.

Keys, a Grammy-winning singer and songwriter, was chosen to help launch the troubled BlackBerry 10 last January. It was seen by many as a make-or-break move for a company that had continually lost market space to Apple and Google.

One of the major projects that Keys was involved with was a concept that showed her interacting with her fans. She encouraged her fans to submit photos to BlackBerry, taken with BlackBerry phones, that would be used in her music videos.

Keys involvement was not enough to help the BlackBerry 10 succeed, as the company faced billions of dollars in losses. The company is now BlackBerry LTD to moving out of the consumer market to the business and governmental market.

This move comes as BlackBerry has tried, and failed, to find a buyer for the company's shares. Key executives, including the executive who hired Keys, have already fled the company.

Selfie Olympics: Are You Vain Enough To Win?