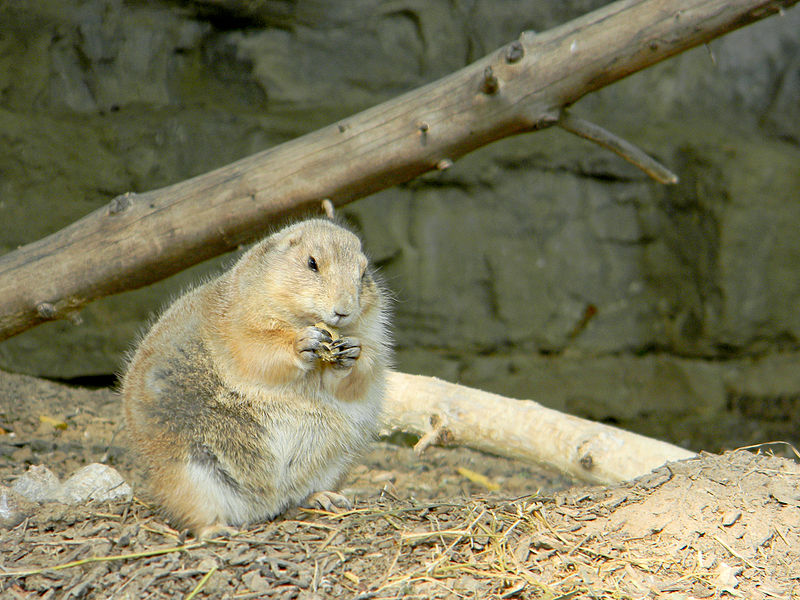 Winnipeg, Canada - The lovable furry critters known as prairie dogs have long been thought to make their "jump-yip" motion from their hind legs as a means of stating that no visible threats were around. However, one researcher from the University of Manitoba began to have doubts about that assessment after witnessing prairie dogs perform that motion at the local zoo when crowds of people were on hand observing them.

Prof Jim Hare now believes that the jump-yip behavior is a way the prairie dogs have of constantly assessing their neighbors. Observing the rodents in their native habitat, the professor noted that when one prairie dog would jump-yip and the community of prairie dogs would follow suit one by one as if in a Mexican wave, the result is the first one making the sign would take more time scrounging for food until initiating the Mexican wave again. This suggests that they are not giving an "all clear" sign for predators, but rather a validation of their alert system. As long as they trust their alert system, they are comfortable going about their business. More research is needed, but Professor Hare's team has won praise for their study.

Professor Hare says that his work "fits beautifully with work on primates, including humans, which suggests that contagious displays – like yawning – provide a window into the mind of others, suggesting of course, that species probing the minds of others are aware that they are distinct from those individuals. That is to say, they are consciously aware.”

Only 1 in 4 teens Meet fitness guidelines In The U.S.