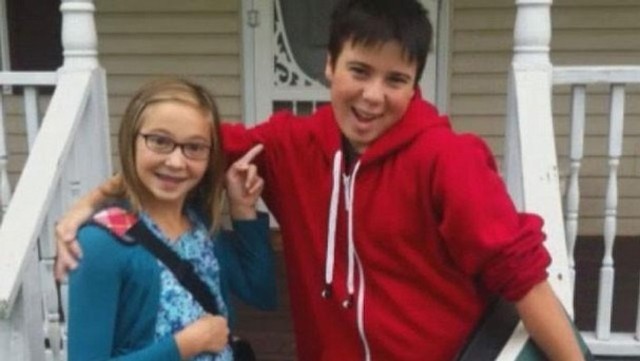 Taylor Smith penned a letter to herself in the spring of 2013 which she wanted to open herself in the spring of 2023. But when the 12-year old girl passed away shortly after writing the letter, her parents opted to open it, read it, and then post it on the Internet as a source of inspiration to others. Mary Ellen Smith defended their decision to open the letter, which was marked plainly "to be opened by Taylor Smith on April 13, 2023 ONLY!", saying they heard back from many parents and children touched by what Taylor had to say.

"Initially it's shock, and waves of depression, and hoping that it's not real, and hoping that every time you take a nap or go to sleep you find out it wasn't real," Taylor's Dad Tim Smith told WJHL.

In the letter, Taylor addressed the woman she would be at 22 years of age, and spoke about college graduation, taking a first airplane flight and her connection to God. The inspiration for writing a letter addressed to her future self came after Taylor attended a mission trip sponsored by the church the Smith family attended. Unfortunately, Taylor never got to become that 22 year old woman reviewing her life because she succumbed unexpectedly to pneumonia. Her father, Tim Smith, says that her final letter reveals what an "awesome, awesome" individual his little girl was and he wanted other people to know that.

“The only thing I can say is that right now it's easy for me to trust God because my baby girl trusted him,” said Smith.

On The Web:
Do not open until 2023: Deceased girl's letter to her future self goes viral
http://www.today.com/news/do-not-open-until-2023-deceased-girls-letter-her-future-2D11909666

Related Topics:Taylor Smith letter
Up Next