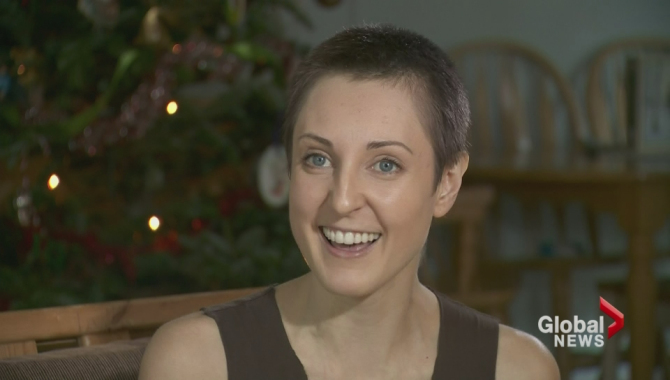 Only the US has more applicants still in the running to be amongst the first astronauts on the one way space mission known as Mars One. 75 Canadians have made it through the first round of cuts that slashed the more than 200,000 global applicants for the mission to colonize Mars, which saw 99.5 percent of the applicants removed from the program to leave just 1,058 potential astronauts with hopes of being amongst the first to live on mars.

For many of the hopefuls the shock of not being cut was obvious, with 40 of the 75 Canadians making themselves available for interview to discuss the possibility of traveling to the Red Planet. Many of those who made it through the first of four cuts explained their family members had mixed feelings about their application to leave Earth forever and help establish the first human colony on another planet. One of those selected, physics professor Claude Gauthier has previously applied for the Canadian astronaut program three times. Professor Gauthier of the University of Moncton in new Brunswick claims his wife and two teenage daughters understand his wish to travel to space, but do not wish to lose their father and husband. Gauthier stated his wife has the right to veto his application to Mars One and would probably exercise that right should he make the final cut.

“I was pretty thrilled. In fact, I could swear I smiled for over an hour. I literally could not help myself,” 21-year-old mechanical engineering student Tyler Reyno said in an interview with CTV Atlantic.

Justin Semenoff, 35, told CTV Saskatoon the risks associated with the one-way ticket are worth it. “As an average person, you can go and do something extraordinary… It's very exciting.”

The next step for potential mars colonists from Canada and around the world is to undergo a rigorous medical exam, which will assure the Mars One team in Amersfoort, the Netherlands that they have no serious medical conditions and are not addicted to alcohol or drugs. Various other cuts will conclude with a simulated mission to Mars, before 24 astronauts will begin training in 2015. Mars One will send four crew members to Mars every two years from 2024 to a base that will be built remotely to prepare for the first arrivals in 2025.

Candidates now have until mid-March to provide a health certificate from a doctor and regional selections will be made during a third round later this year. According to the Mars one website, the red planet isn’t really all that different from Earth:

The Earth is much like its “sister planet” Venus in bulk composition, size and surface gravity, but Mars’ similarities to Earth are more compelling when considering colonization. These include:

The Martian day (or sol) is very close in duration to Earth’s. A solar day on Mars is 24 hours 39 minutes 35.244 seconds. (See timekeeping on Mars.)
Mars has a surface area that is 28.4% of Earth’s, only slightly less than the amount of dry land on Earth (which is 29.2% of Earth’s surface). Mars has half the radius of Earth and only one-tenth the mass. This means that it has a smaller volume (~15%) and lower average density than Earth.

Mars has an axial tilt of 25.19°, compared with Earth’s 23.44°. As a result, Mars has seasons much like Earth, though they last nearly twice as long because the Martian year is about 1.88 Earth years. The Martian north pole currently points at Cygnus, not Ursa Minor.

Mars has an atmosphere. Although it is very thin (about 0.7% of Earth’s atmosphere) it provides some protection from solar and cosmic radiation and has been used successfully for aerobraking of spacecraft.

Canadians in the running for a one-way mission to Mars
http://www.theglobeandmail.com/news/national/75-canadians-in-the-running-for-a-one-way-mission-to-mars/article16277885/

Related Topics:featuredMarsMars One
Up Next